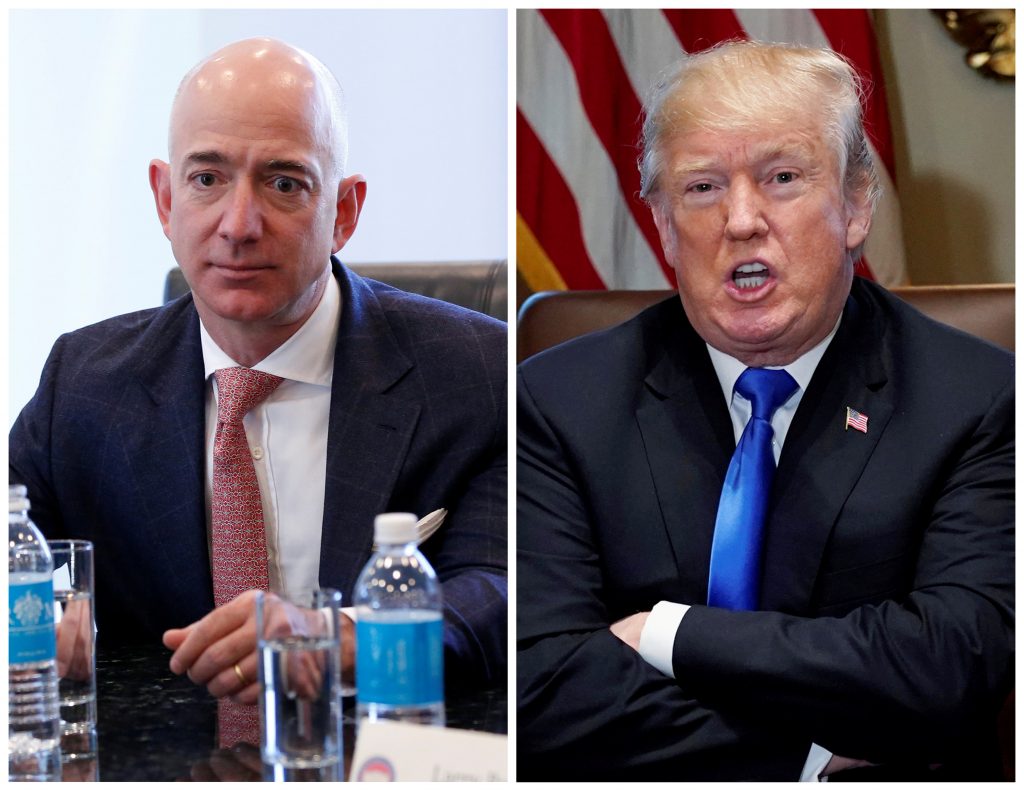 President Donald Trump criticized the U.S. Postal Service because the agency is losing money and “charging Amazon and others so little to deliver their packages.”

Trump tweeted Friday, “Why is the United States Post Office, which is losing many billions of dollars a year, while charging Amazon and others so little to deliver their packages, making Amazon richer and the Post Office dumber and poorer? Should be charging MUCH MORE!”

The Postal Service has lost money for 11 consecutive years, mostly because of pension and health-care costs. While online shopping has led to growth in its package-delivery business, that hasn’t offset declines in first-class mail.

Shares of Amazon surpassed $1,000 each for the first time in April, and have continued to rise.

Federal regulators moved recently to allow bigger jumps to stamp prices beyond the rate of inflation, which could eventually increase companies’ shipping rates.

The dig at Amazon, however, was just the latest in a string by Trump.

Amazon was founded by Jeff Bezos, who also owns The Washington Post. Trump has been highly critical of the media, and singled out The Post and Bezos for its coverage of his campaign and presidency.

Shipping is a major cost for the online retailer, though a large percentage of Amazon packages are delivered by UPS.

Seconds after the Trump tweet, shares of Amazon.com went from positive to negative.