Business Boom Year for Stocks and Commodities, Downer for the Dollar
Business 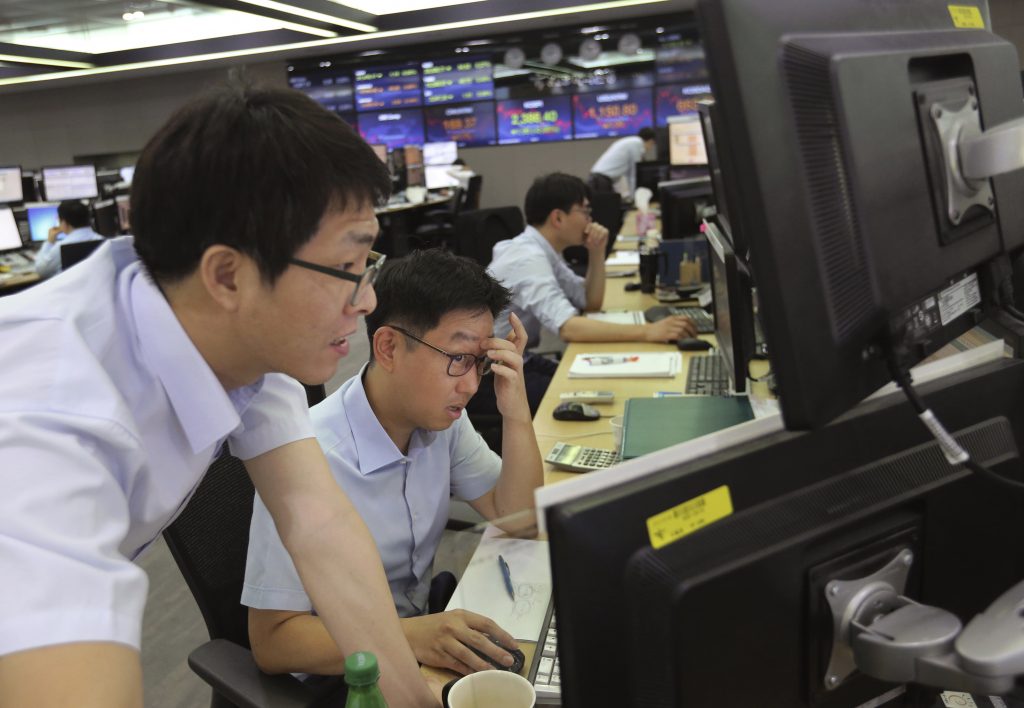 Asian markets were ending 2017 in a party mood on Friday after a year in which a concerted pick-up in global growth boosted corporate profits and commodity prices, while benign inflation kept central banks from snatching away the monetary punch bowl.

MSCI’s broadest index of Asia-Pacific shares outside Japan inched up 0.3 percent as three straight weeks of gains left it within a whisker of decade peaks. The index has been on an upward trajectory for pretty much all of 2017, putting it 33 percent higher for the year so far.

Hong Kong led the charge with gains of 36 percent for the year, while South Korea notched up 22 percent and India 27 percent.

Japan’s Nikkei and the S&P 500 are both ahead by almost 20 percent, while the Dow has risen by a quarter. In Europe, the German DAX has gained nearly 14 percent, though the U.K. FTSE has lagged a little with a rise of 7 percent.

Craig James, chief economist at fund manager CommSec, said of the 73 bourses it tracks globally that all but nine have recorded gains in local currency terms this year.

“For the outlook, the key issue is whether the low growth rates of prices and wages will continue, thus prompting central banks to remain on the monetary policy sidelines,” said James.

“Globalization and technological change have been influential in keeping inflation low. In short, consumers can buy goods whenever they want and wherever they are.”

Yet there are reasons to suspect that times this good cannot last.

An index from State Street that gauges investor risk appetite by what they actually buy and sell, suffered its sixth straight monthly fall in December.

“While the broader economic outlook appears increasingly rosy, as captured by measures of consumer and business confidence, the more cautious nature of investors hints at a concern that markets may have already discounted much of the good news,” said Michael Metcalfe, State Street’s head of global macro strategy.

U.S. dollar bulls have not been nearly so fortunate this year. The widely held assumption at the start of the year was that, with the Federal Reserve set to raise interest rates further, the only way for the dollar to go was up.

Yet even though the Fed delivered on its three promised hikes, the currency has failed to benefit.

Measured against its major peers, the dollar has shed more than 9 percent so far this year, putting it on track for its biggest annual loss since 2003.

One winner has been the euro, which was near its highest in a month on Friday at $1.1944 and ahead almost 14 percent for the year.

The dollar even backtracked on the yen despite the Bank of Japan staying doggedly committed to its super-easy monetary policy. As of Friday, the dollar was down 3.5 percent for the year at 112.74 yen.

The dollar’s loss has been a boon for commodities priced in the currency, which have also benefited from a synchronized pick up in global trade and a surprisingly strong demand from China.

Everything from coal to iron ore has reaped gains, with copper a stand-out performer in part due to expectations of rising demand for the mass production of electric vehicles. The metal was near a four-year peak on Friday at $7,284 a ton. It is up more than 30 percent this year and on course for its largest annual rise since 2009.

Gold has struggled somewhat this year against a background of subdued global inflation, but at $1,295.18 an ounce was still on track to end 2017 with gains of more than 12 percent.

Oil prices were near their highest in 2½ years after data showed strong demand for crude imports in China and a surprise fall in U.S. production.