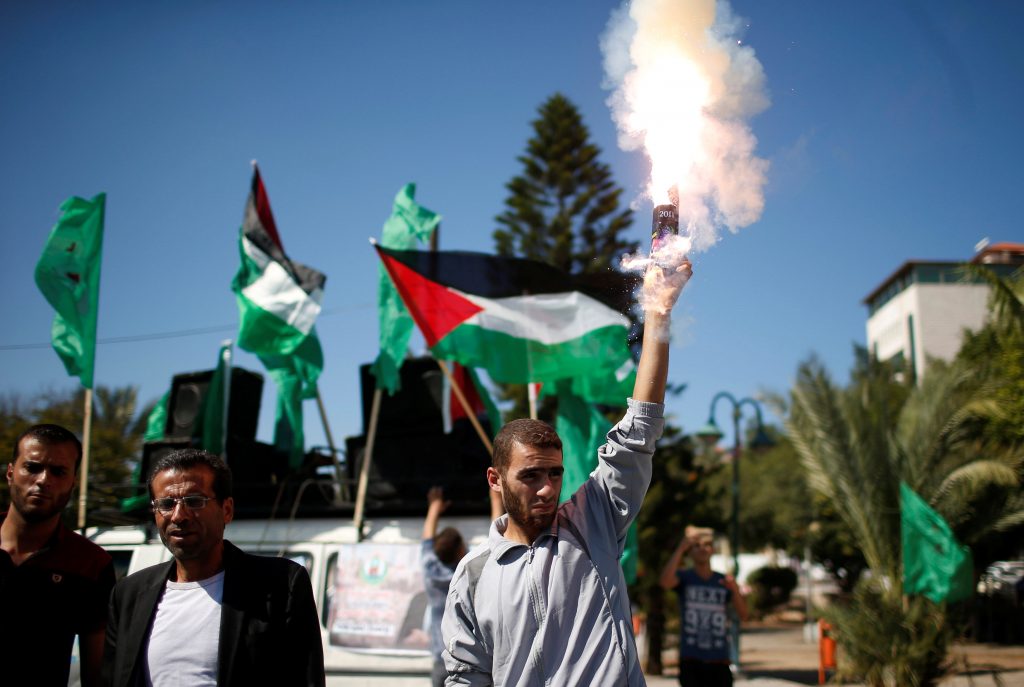 In an interview with Walla News, IDF Spokesperson Ronen Manelis said that despite the ongoing rocket fire from Gaza, the security situation in southern Israel is better than it has been in a long time. The past three years since the conclusion of Operation Protective Edge, he said, “have been the quietest in Gaza since the days of Shimshon Hagibor. The fact is that Hamas has been deterred by the IDF.” With that, he said, “Gaza presents a substantial security challenge.” Since the 2014 war, he said, Hamas has been very careful not to escalate the security situation.

Over the past month, some 14 rockets were fired at southern Israel by Gaza Arab terrorists. The IDF has said numerous times that it holds Hamas responsible for everything that happens in Gaza, but last week, Defense Minister Avigdor Liberman said that the rockets were being fired not by Hamas, but by other terror groups, including Islamic Jihad.

Manelis said that the IDF could use a lot more firepower against Hamas, but chose not to. “We put our energies into preventing the attacks that they plan. For example, we destroy the terror tunnels that enter our territory. We are taking a risk, as things could get out of hand, but our objective is not to allow the situation to deteriorate into war. This is in our own security interests, as well as in the interests of preventing a humanitarian disaster in Gaza. With that, we are very careful to ensure our sovereignty, both above ground and below ground, in the air, on sea, everywhere.”

Manelis also discussed the new cameras that have been placed along the Gaza border. The cameras record footage of the entire area at all times. Some officials have said that the cameras could interfere with the ability of soldiers to do their jobs, but Manelis said that the cameras were needed in an era when anyone could take a photo – and doctor it to change the scenario. “We are in an environment where we are surrounded by cameras and photographers. We face this every day in Yehudah and Shomron, and it is a reality that we will face in the next war as well. Every person is now a potential journalist, and many of them are able to spread their ‘news’ far and wide – even if it is a manipulated half-truth,” he added.