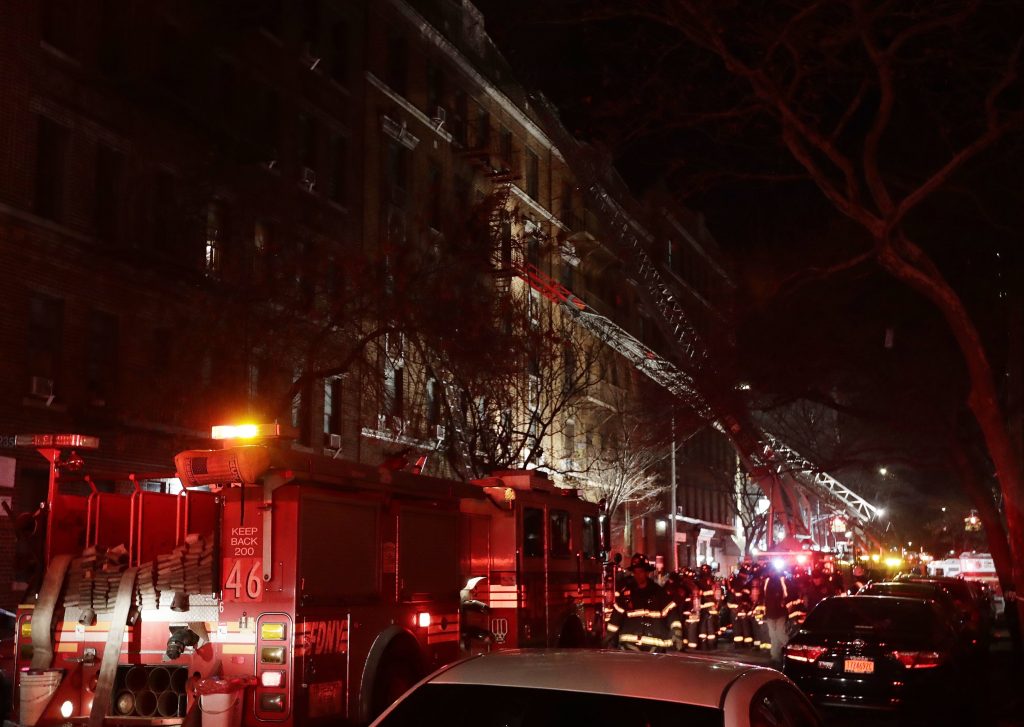 Twelve people were dead and four more were fighting for their lives late Thursday after a fire swept through a Bronx apartment building on one of the coldest nights so far this winter, city officials said.

The victims included a child around a year old, New York City Mayor Bill de Blasio said during a briefing outside the building.

“We may lose others as well,” he said.

Fire Commissioner Daniel Nigro called the fire, “historic in its magnitude,” because of the number of lives lost. Excluding the Sept. 11 attacks, it was the worst fire in the city since 87 people were killed at a social club fire in the Bronx in 1990.

The cause of the fire remained under investigation, Nigro said.

“Our hearts go out to every person who lost a loved one here and everyone who is fighting for their lives,” he added.

The blaze broke out on the first floor of a five-story building just before 7 p.m. and quickly ripped through the structure, a block from the grounds of the Bronx Zoo.

About 170 firefighters worked in bone-chilling cold, just 15 degrees, to rescue people from the building. Water sprayed from hoses froze into ice on the street.

Thierno Diallo, 59, a security guard originally from Conakry, Guinea, who lives in a ground floor apartment said he was home asleep when he heard banging on the door. It took a moment to realize what was happening.

“Only when I heard people screaming, ‘There’s a fire in the building!'” he said. “I heard somebody, ‘Oh! Fire! Fire! Fire!'”

He ran out in his bathrobe, jacket and sandals.

Neighborhood resident Robert Gonzalez, who has a friend who lives in the building, said she got out on a fire escape as another resident fled with five children.

“When I got here, she was crying,” Gonzalez said.

Windows on some upper floors were smashed and blackened.

“The smoke was crazy, people screaming, ‘Get out!,” a witness, Jamal Flicker, told the New York Post. “I heard a woman yelling, ‘We’re trapped, help!”

A tenant in an adjoining building, Ana Santiago, told The New York Times that she fled when she smelled the smoke and saw young girls who had escaped the burning building on the fire escape standing barefoot outside with no coats.

The death toll surpassed the 10 who died, including nine children, in a four-story home in another part of the Bronx in 2007. That blaze had been sparked by a space heater.

Diallo said the apartment building has tenants who hail from all over the world.