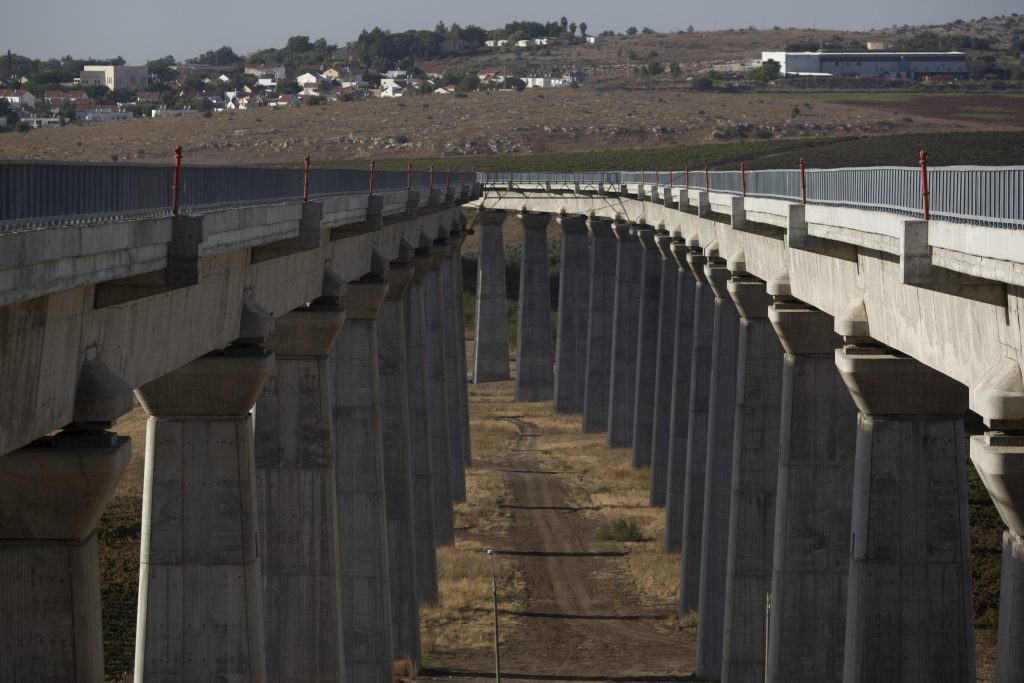 Transportation Minister Yisrael Katz is pushing ahead with a plan to extend Yerushalayim’s soon-to-open high speed rail line to the Kosel, where he wants to name a future station after President Donald Trump.

Katz’s plan, currently in the initial planning stage, involves constructing two underground stations and excavating over 2 miles of tunnel beneath downtown Yerushalayim and under the Old City.

Transportation Ministry spokesman Avner Ovadia said Wednesday the project is estimated to cost more than $700 million and, if approved, would take four years to complete.

Katz’s office said in a statement that the minister advanced the plan in a recent meeting with Israel Railways executives, and has fast-tracked it in the planning committees.

Katz said a high speed rail station would allow visitors to reach “the beating heart of the Jewish people – the Kosel.” He proposed naming the future station after Trump “for his brave and historic decision to recognize Yerushalayim as Israel’s capital” earlier this month.

Despite the likely opposition to the project, Ovadia said he expects the plans to be approved in the coming year, barring major complications. The Tel Aviv-Yerushalayim high-speed line is expected to open next spring.

“There’s no reason why this train won’t be built,” he said. “We already know how to deal with no less difficult opposition.”

Katz has previously proposed other ambitious infrastructure projects, including an artificial island off the coast of the Gaza Strip that would serve as an air and seaport for the Palestinian territory, and a railway connecting Israel with Saudi Arabia.