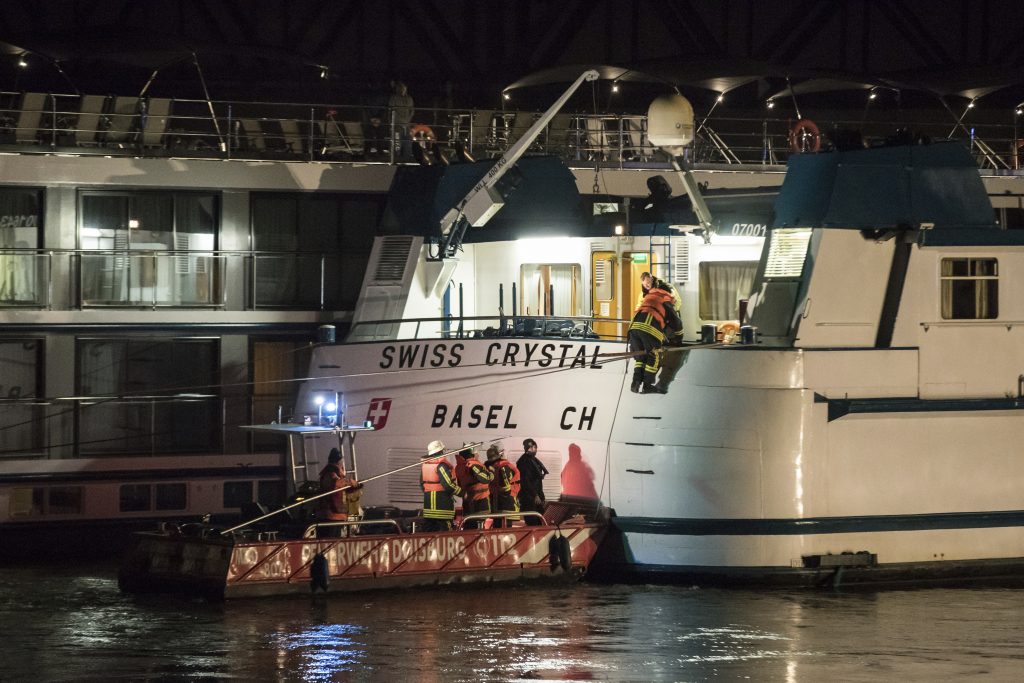 A tourist ship struck a highway bridge on the Rhine river in western Germany and 25 people were injured, police said Wednesday.

The Swiss Crystal, which had 129 people on board, hit a pillar of the bridge near Duisburg on Tuesday evening. The water level was high at the time and the pillar is usually on land, news agency dpa reported.

The ship was heading downstream on the last leg of a Rhine tour starting and ending in the Dutch city of Arnhem. It set off on Dec. 22.

Another ship took the 103 passengers, most of them Dutch, and 26 crew members to Duisburg. Police said four people with more serious injuries were released from hospitals on Wednesday morning.

The bridge was closed for several hours as a precaution, but structural engineers cleared it to reopen after carrying out checks on Wednesday.