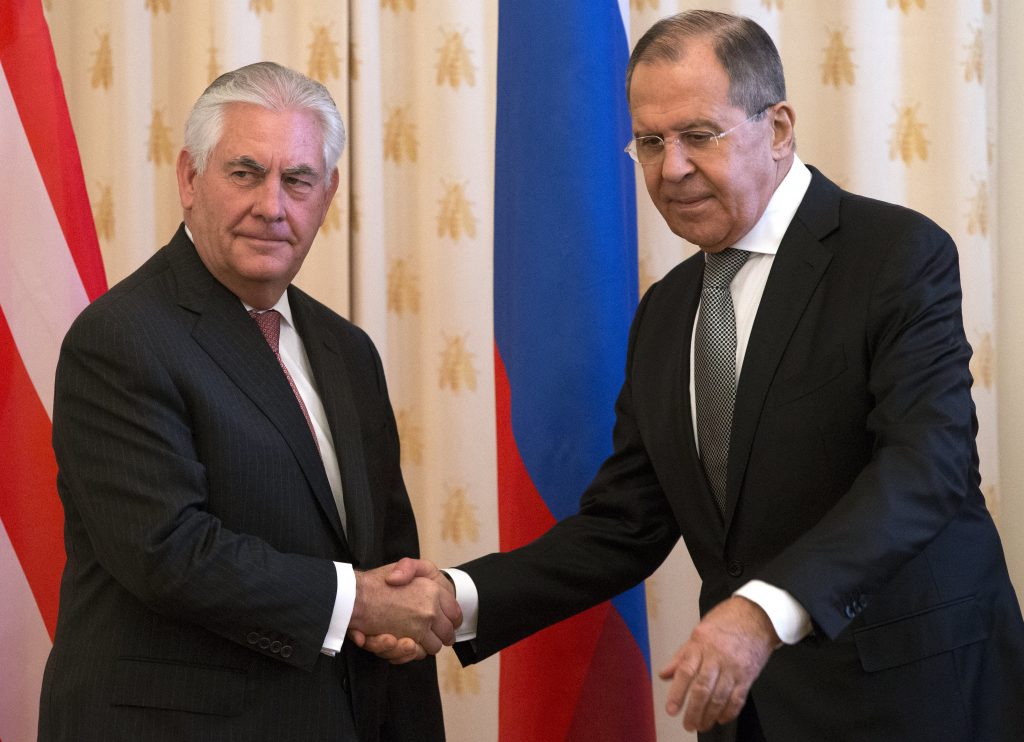 The United States and Russia have agreed to continue diplomatic efforts to resolve the crisis over North Korea’s development of nuclear missiles capable of hitting the United States and emphasized that neither accept Pyongyang as a nuclear power, the U.S. State Department said on Wednesday.

“The two discussed concerns related to the DPRK’s destabilizing nuclear program and emphasized that neither the United States nor Russia accepts the DPRK as a nuclear power,” Nauert said in a statement, using the acronym for North Korea’s official name, the Democratic People’s Republic of Korea.

She said both sides agreed to continue working toward a diplomatic way to achieve a denuclearized Korean peninsula.

On Tuesday, Russia reiterated an offer to mediate to ease tensions between Washington and Pyongyang that have raised fears of a new conflict on the peninsula.

Moscow said Lavrov told Tillerson “Washington’s aggressive rhetoric” and beefing up of its military presence in the region had heightened tension and was unacceptable.

Russia has repeatedly called for talks to resolve the crisis and said Lavrov underscored the need for “the fastest move to the negotiating process from the language of sanctions.”

Tillerson has emphasized diplomacy but the administration of President Donald Trump has repeatedly warned that all options, including military ones, are on the table regarding North Korea.

In October, Pres. Trump said Tillerson was “wasting his time” trying to negotiate with North Korea and this month the White House followed up an offer by the secretary of state to begin talks with no preconditions by saying that no negotiations could be held until North Korea improves its behavior.

Washington announced sanctions on two of the most prominent officials behind North Korea’s ballistic missile program on Tuesday, its latest steps in a global campaign aimed at forcing North Korea to abandon its weapons programs.

On Friday the U.N. Security Council agreed on new sanctions in response to North Korea’s Nov. 29 test of a missile that Pyongyang said put all of the U.S. mainland within range of its nuclear weapons.

North Korea declared the U.N. steps to be an act of war and tantamount to a complete economic blockade.