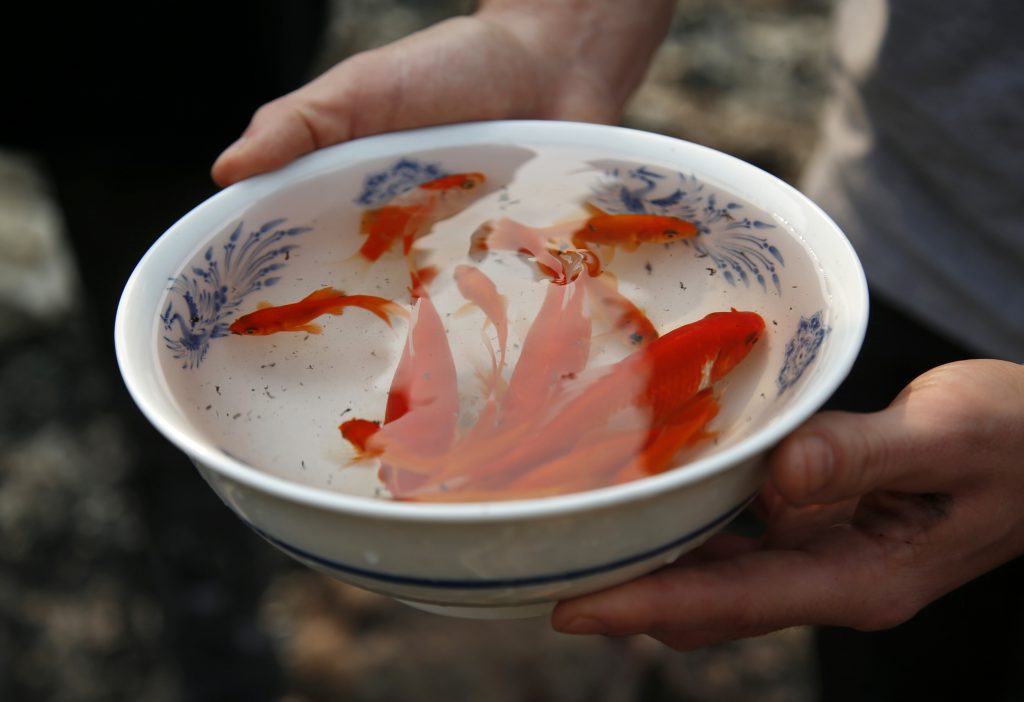 What Logan Hertel and his friends found in the scorched remains of their Northern California neighborhood wasn’t a photo album, wedding ring or even a skittish cat separated from its family for months.

What they discovered were goldfish — plain, sickly and living off ash in a grimy tub.

Somehow the unspectacular goldfish had survived infernos that had wiped out neighborhoods, and Hertel was determined to reunite the fish with their owners, he told The Mercury News of San Jose.

“I could picture myself in their shoes,” said Hertel, a 21-year-old student at Santa Rosa Junior College, “and knowing that if I lost everything, even knowing something this small is alive would be kind of important to me.”

Wildfires in October swept through Sonoma, Napa and other counties in and around wine country, killing 44 people and destroying thousands of homes. Entire neighborhoods were leveled.

Lisa Hertel made signs Tuesday with her number and a photo of her son Logan rescuing the goldfish. She taped them around the rubble of the home where the fish were found.

The Hertels were lucky that their house wasn’t damaged. But she knows other people lost mementos, keepsakes and photos, which is why she wants to get the fish back to their owners.

“Something actually did survive,” Lisa Hertel added, “and somebody cared enough to get the fish and save them.”