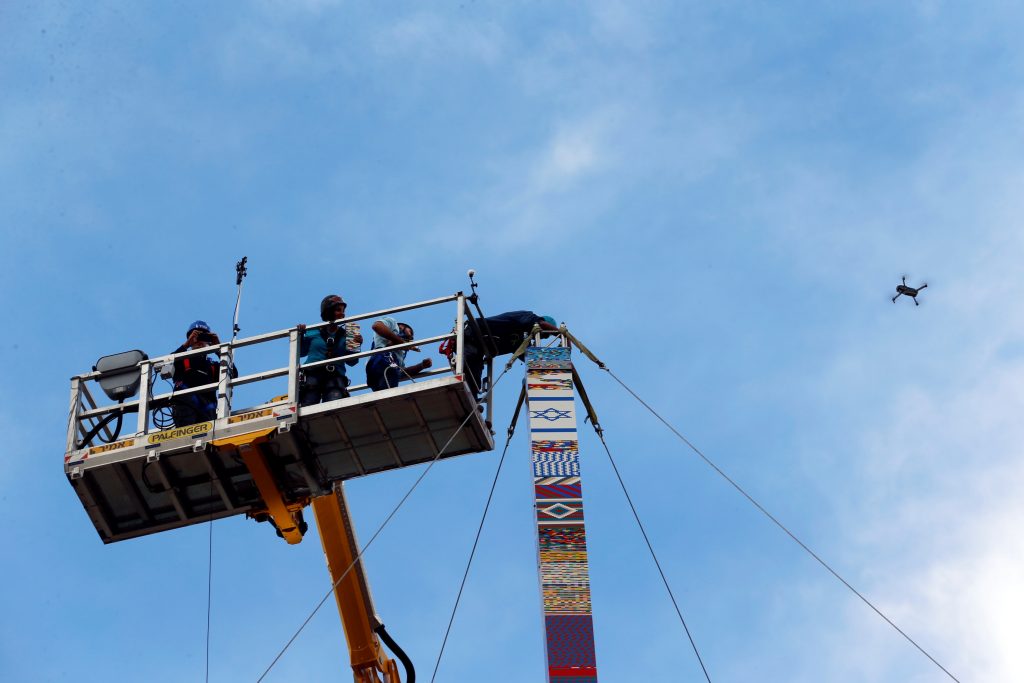 A height exemption granted for a proposed triple-highrise project in Tel Aviv – 40 stories instead of 25 – was the subject of a stormy debate in the city council this week, Globes reported.

Mayor Ron Huldai found himself in an unpleasant confrontation with one of his own coalition partners, Meretz representative Tzipi Brand-Frank, over the plan for Kikar Atarim.

Brand-Frank charged that the city had railroaded the proposal through the council in a previous session, even though it had not gone through the required vetting procedures, and sought a six-month delay for clarifications.

She said that it had passed without permission from the Protection of the Coastal Environment Committee, as well as having ignored a UNESCO request for a heritage impact survey. There was also the question of the propriety of an appraisal according to which the sale of the municipal parking lot in Kikar Atarim to a developer was approved.

However, the resolution submitted for a delay on implementing the building plan was rejected by the council.

Huldai dismissed Brand-Frank’s objections as “fake news,” and also responded to shouts in her support from opponents outside the city council meeting room.

Meanwhile, on Wednesday, another construction project was completed in Tel Aviv without opposition.

It was a 118-foot Lego tower, which reportedly broke the Guinness World record, according to Mayor Huldai.

Made up of more than half a million pieces, the project honors Omer Sayag, an 8-year-old who died of cancer in 2014. Sayag built Lego towers before his death.

The previous record for the largest Lego tower was set in 2015 when the Italian subsidiary of the Lego company built a 115-foot tower for the Milan World Expo.