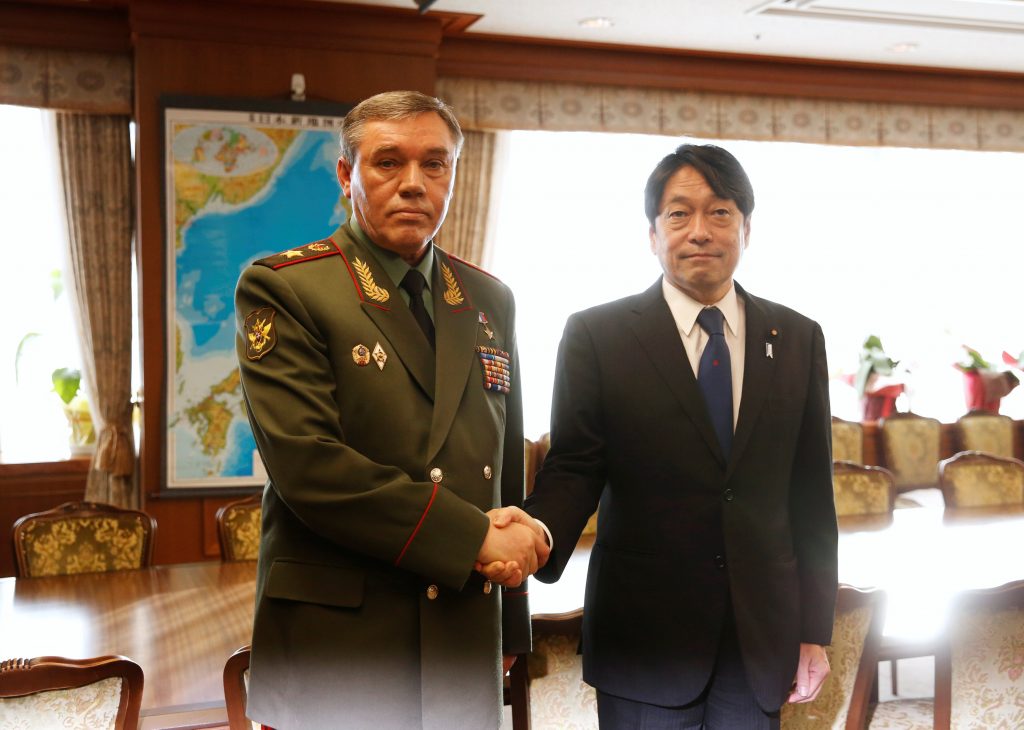 The chief of the Russian General Staff has accused the United States of training former IS terrorists in Syria to try to destabilize the country.

General Valery Gerasimov’s allegations, made in a newspaper interview, center on a U.S. military base at Tanf, a strategic Syrian highway border crossing with Iraq in the south of the country.

Russia says the U.S. base is illegal and that the base and surrounding area  have become “a black hole” where militants operate unhindered.

IS has this year lost almost all the territory it held in Syria and Iraq. Russian Foreign Minister Sergei Lavrov said on Wednesday the main part of the battle with Islamic State in Syria was over, according to the state-run RIA news agency.

The United States says the Tanf facility is a temporary base used to train partner forces to fight IS. It has rejected similar Russian allegations in the past, saying Washington remains committed to killing off IS and denying it safe havens.

But Gerasimov told the daily Komsomolskaya Pravda newspaper on Wednesday that the United States was training fighters who were former IS terrorists, but who now call themselves the New Syrian Army or use other names.

He said Russian satellites and drones had spotted militant brigades at the U.S. base.

“They are in reality being trained there,” Gerasimov said, saying there were also a large number of militants and former IS terrorists at Shadadi, where he said there was also a U.S. base.

Russia has partially withdrawn from Syria, but Gerasimov said the fact that Moscow was keeping an airbase and naval facility there meant it was well placed to deal with pockets of instability if and when they arose.