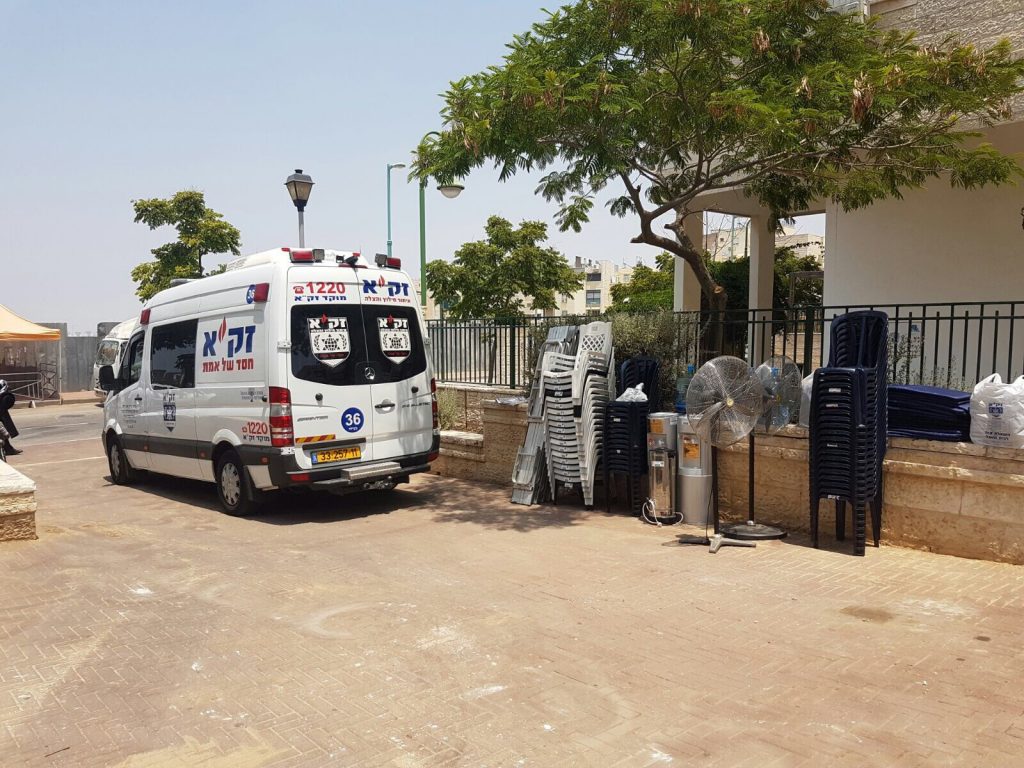 Omar Abd al-Jalili, who in July murdered three members of the Salomon family in their home in the Binyamin town of Chalamish, was convicted on three counts of murder for his actions in August. In addition, he was convicted on two charges of attempted murder, along with other security-related crimes. Sentencing will take place at another court session.

During the hearing, prosecutors asked that al-Jalili be given four life sentences – one each for the murders of Yosef, Chaya and Elad Salomon, Hy”d- the first two the parents of the third – as well as a life sentence for other crimes he committed, including injuring Tova Salomon, one of the children.

Witnesses said that al-Jalili entered the courtroom with a broad smile on his face. Earlier, Defense Minister Avigdor Liberman urged the court to impose a death sentence on al-Jalili, saying that it was “the only punishment fitting for the perpetrator of this low act.” After the hearing, he said in a statement that “Israel is a state of laws. Just like the Justice Minister cannot dictate to judges what to rule in cases, I cannot tell military judges how to rule.” With that, he again called for the death penalty to be recommended for the terrorist.

Outside the courtroom, rightwing activists demonstrated, demanding that al-Jalili be sentenced to death – with several proffering homemade guillotines, evoking the protest object used Saturday night at a rally in Tel Aviv against government corruption. Rightwing attorney and activist Itamar Ben-Gvir slammed Liberman, saying that “if he really wanted to he could ask prosecutors to demand the death penalty for terrorists from the court. The appropriate punishment for terrorists is to put their head in the guillotine …”

In the attack, Al-Jalili walked from his village to Chalamish and carried out the attack, and several family members have been arrested for being accessories and providing assistance to the terrorist, who murdered three people – Yosef Salomon, 70, his daughter Chaya Salomon, 46, and son Elad Salomon, 36, Hy”d.