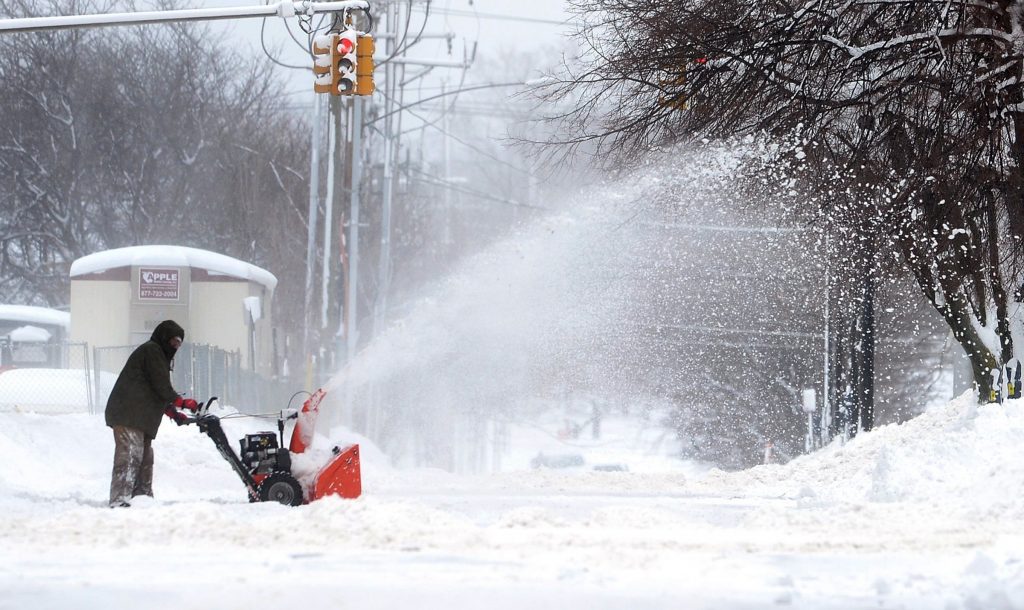 Freezing temperatures and below-zero wind chills socked much of the northern United States on Wednesday, and the snow-hardened city of Erie, Pennsylvania, dug out from a record snowfall.

A storm brought 34 inches of snow on Dec. 25th to Erie, an all-time daily snowfall record for the Great Lakes city, and 26.5 more inches on Tuesday. More than 62 inches have fallen on the city since Dec. 23, with an additional 2 to 4 inches predicted Wednesday as residents dig out in frigid temperatures.

Meanwhile, forecasters warned of hypothermia and frostbite from widespread bitter cold. Wind chill advisories or warnings were in effect for much of northern New England, the northern plains and Great Lakes states, including all of North Dakota and Iowa.

The National Weather Service warned of wind chills between minus 15 and 30 degrees below zero in parts of northern and central Illinois and said the temperature in Maine will remain below freezing for more than 10 days.

In Millcreek, outside Erie, it took Kathleen Palkovic and her 23-year-old son two hours to shovel out so Palkovic could make it to her waitressing job. The 5-mile drive to Dave’s Diner in downtown Erie took an hour. The 62-year-old Palkovic and the cook opened the restaurant at a little after 6 a.m. in single digit temperatures.

“We’re dedicated people, I guess,” Palkovic said. Something else helped: “It took 800 milligrams of ibruprofen after all that to get me to work.”

Erie County Executive Kathy Dahlkemper said things were under control as well as could be expected, considering the heavy snowfall.

“We’re used to a lot of snow here in Erie, but this is unprecedented, the amount we got,” Dahlkemper said.

The timing was good, since people were off the streets and staying home, giving plows more space to clear streets, Dahlkemper said.

Emergency calls have been relatively slow and, with streets in relatively good condition; the big task now is digging out cars and driveways, Dahlkemper said.

Weather also was being blamed for a Kansas accident that killed four people after the pickup truck they were in fell off a bridge on Interstate 70 on Tuesday.

In New York communities near Lake Ontario’s eastern end, including Redfield and Boylston, road crews were trying to plow 5 feet of snow that has fallen since Dec. 25th. Other towns in western New York east of Lake Erie also received heavy snow.