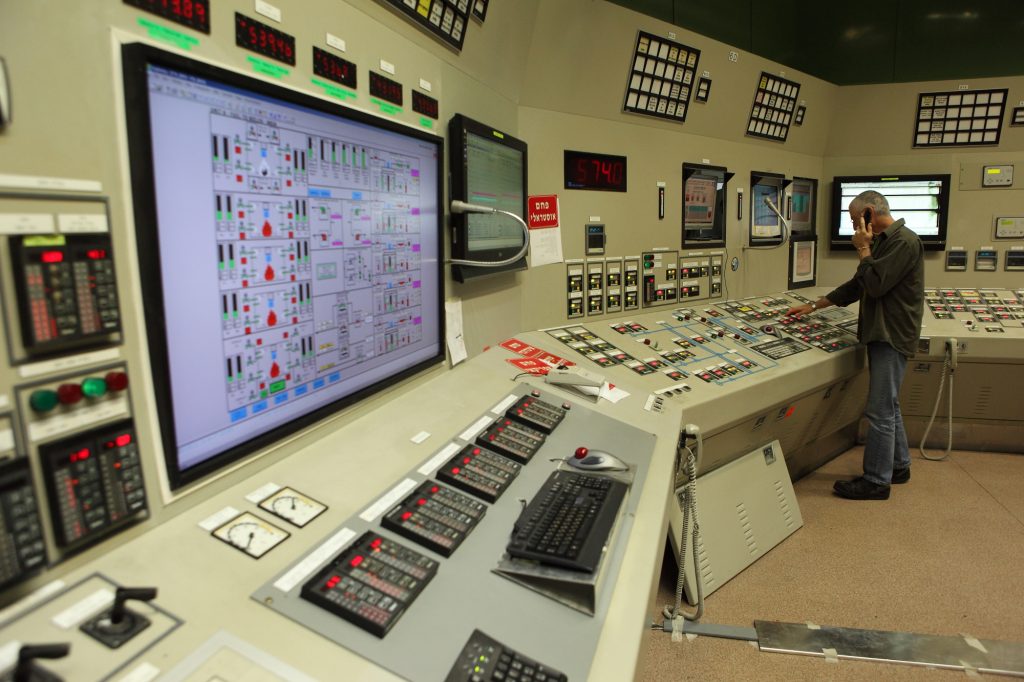 Two decades of negotiations for reforms at the Israel Electric Corporation (IEC) finally bore fruit on Wednesday with the announcement of an eight-year restructuring plan that will include the laying off of 2,800 employees, closure of several facilities and hopefully usher in a new era of competition in the country’s electricity market.

The downsizing of the IEC payroll will cost an estimated 5 billion shekels. Employees retiring after the period of the agreement will have 1,700 shekels added to their monthly pensions, starting at retirement age, a compromise on the 2,500 that the Histadrut had promised the workers’ committee.

Employees who leave the company before retirement age will be entitled to 120 percent severance pay and a 1,200 shekel addition to their monthly pensions. Workers will also receive a reform bonus of NIS 30,000 per tenured worker and NIS 10,000 per temporary worker.

The IEC will shed not only workers but production facilities as well. Over a five-year period, the gas-powered production sites (Eshkol, Reading, Alon Tavor, Ramat Hovav, and the eastern part of the Hagit site) will be sold.

New power stations will not be built to replace them; and the power stations the IEC keeps will be divided into two government-owned subsidiaries. This scheme is aimed at facilitating privatization in the future if consent for this measure is obtained.

The reforms are intended not only to make the IEC more viable financially, but to end its near-monopoly on the electricity market in Israel.

While the IEC will continue to be the default supplier, part of the grid — the part that connects private homes and offices to the national and municipal grids — will be opened to new, private companies.

As Finance Minister Moshe Kahlon said on Wednesday: “After decades, the monopoly has ended,” he said. “There will be competition in the electricity market.”

Energy Minister Yuval Steinitz said the measures will lower electricity prices in the future and make the IEC more efficient as well.

“We have achieved a historic reform of the electricity market after 20 years of failed attempts,” he said.