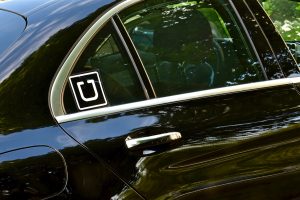 Ending a turbulent year marked by heavy losses, Uber is said to be selling its subprime car-loan business, which may have cost the company hundreds of millions of dollars, and has drawn criticism for exploiting drivers who have bad or non-existent credit histories.

The auto-lending unit, Xchange, is set to be purchased for an undisclosed amount by Fair, a car lending start-up, according to The Wall Street Journal.

Experts say the move signals a more disciplined, cost-cutting approach by newly installed chief executive Dara Khosrowshahi, who is aiming to take the ride-sharing company public within the next two years and is vying to repair Uber’s relationship with its drivers and the public.

The auto loans offered by Xchange were designed to attract new drivers to Uber. With a $250 upfront deposit, and weekly payments that were deducted directly from Uber earnings, the short-term loans were marketed as an alternative to drivers who would otherwise not have access to a car. But in addition to targeting risky borrowers, the program, launched in 2015, was far costlier than Uber had expected, according to the Journal.

Uber was losing about $9,000 per car, 18 times more than the average $500 the company had estimated; the loan payments also encouraged drivers to work longer shifts, putting more wear and tear on the cars, lowering their resale value, The Journal said. Under the terms of the reported deal, Uber would take an equity stake in Fair, and potential drivers would be offered access to Fair through the Uber app.

“It looks like Dara is running the business somewhat more responsibility, focusing on cutting back the losses, focusing on profitability,” said David Kass, a professor of finance at the University of Maryland. “Uber needs to run a tighter ship to get ready for their [initial public offering], if they are planning one for 2019. So I expect Dara to pull in the reins in other areas as well as he digs into the main sources of their losses.”

Citing internal figures obtained by The Journal, Kaas estimated that the leasing program may have cost Uber up to $270 million. In the past two quarters, Uber has lost more than $2 billion overall, according to Bloomberg.

Under its previous executive, Travis Kalanick, Uber’s internal culture and operations were often characterized by a growth-at-all-costs outlook. But such aggressiveness has prompted a backlash. While Uber positioned the auto loans as a financial pathway for underserved borrowers, for instance, it led critics to question whether the company had another motive.

“When Uber launched this subprime leasing business, the reactions were generally negative because of the perception that this was creating a form of an indentured relationship between drivers and the platform,” said Arun Sundararajan, a professor at New York University’s Stern School of Business.

For Uber’s detractors, the program helped bring in a new group of drivers, with little regard to the personal debt they were accumulating.

“This is part of Uber’s history that I think Dara is trying to shed,” Sundararajan said.

Uber and Fair did not respond to a request for comment.

The reported deal is slated to close early next year.