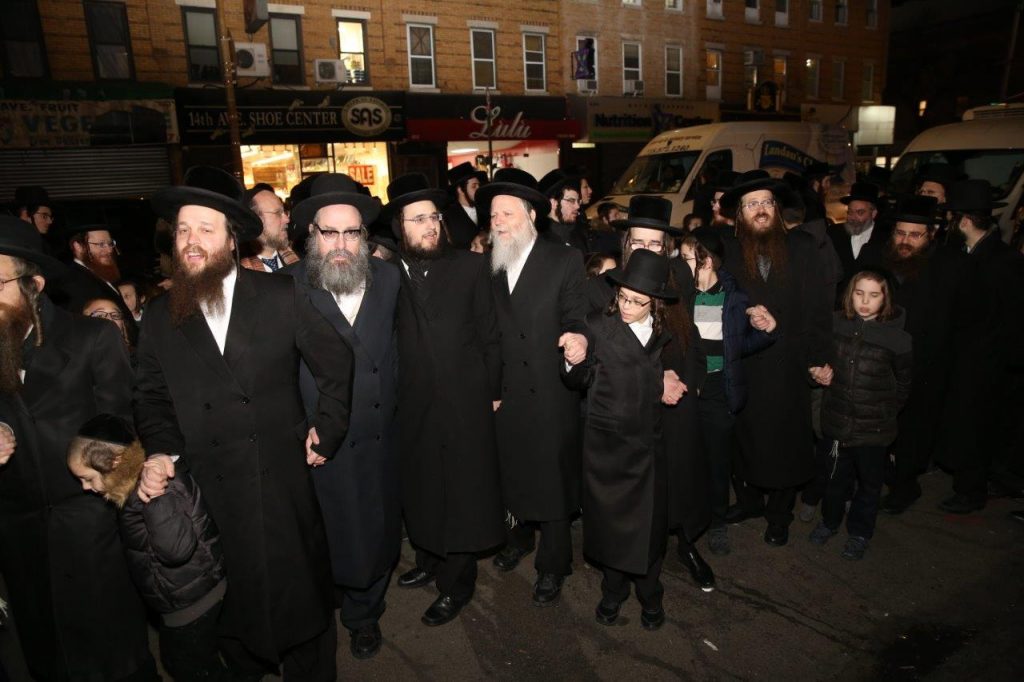 Three monumental events over the past week have taken Klal Yisrael on an emotional roller coaster. The devastating tragedy that befell the Azan family began the flow of a river of tears. Those who know them and those who feel their pain are left mourning the losses as their very own.

Miraculously, while still reeling from the bitter pain, we were informed of the joyous besorah of Reb Shalom Mordechai Rubashkin’s release from eight harrowing years in prison. “Eis lispod v’eis lirkod” — a time to mourn and a time to dance. Klal Yisrael mustered the emotional strength to rejoice with exuberant celebration. It was as if each person had carried the weight of frustration and hurt over the terrible travesty of justice. Their joyous relief upon his release was no less personal. When I informed a Rav in our community of the wondrous news, he literally could not contain himself and began dancing in the streets. “The name Shalom Mordechai ben Rivkah has become a part of my Shemoneh Esrei for years already!” There was a Yom Tov-like atmosphere in the air. This is Klal Yisrael’s simchah!

Then came the infuriating news that, once again, the United Nations has denounced the Jewish People by denying them all claim to Yerushalayim. No one was shocked or surprised. Yet the sting of the audacious slap in the face is painful. To deny the Jews rights to a capital city is one fallacy, but to deny history is another. Any historian or Bible-wielding religionist will tell you that Jerusalem is synonymous with the Jews. But it is clear that it is not just the past that the U.N. seeks to uproot. Yerushalayim is our past, but it is also our present and our future. It is the tangible dream that we cling to. It is the climax of our hopes and aspirations and the answer to all our prayers. It gives us strength to forge on. Taking Yerushalayim away is an attempt to remove our very lifeline.

It seems that the world has discovered our secret — in truth, the secret of Yerushalayim: the awareness that she cannot be bought with money and will not be sold to the highest bidder. There is only one way to lay claim of ownership to this sacred land: with unity. If the cause for her destruction, as Chazal have taught, is conflict and disharmony, then the formula to bring her back is through achdus. The only currency that holds any sway over the Holy City’s fate is the power of unity.

So the nations of the world have gathered together to portray themselves as “united,” claiming the power of authority and jurisdiction over Jerusalem. “Only we,” they brazenly declare, “can decide Jerusalem’s future.” But we, Klal Yisrael, have preempted their fallacy with unprecedented displays of achdus. Hashem has gifted us by bringing the cure before the ailment — “Hikdim refuah kodem l’makah.” In pain and in joy we have united together like never before. We have stood as one with a family in their pain and mourning. We have cried with them and for them because the tragedy is not theirs but ours. We are “agudim b’tzarah” — united in sorrow.

And we have shown the world the gift and the power of unity in simchah. When Yidden from every sector and alliance clasp hands in spirited celebration, when the body knows no form of exuberant expression other than dance, this is true achdus. When throughout the world, Yidden gather just to give hodaah to Hashem for one man’s miracle, it is clearly not his own. Let no one claim heir to the power of unity; we are its champions. Yerushalayim, the city of unity, is rightfully ours. May He Who is poreis sukkas shalom spread His shelter of peace and unity on all of Am Yisrael … and on Yerushalayim.