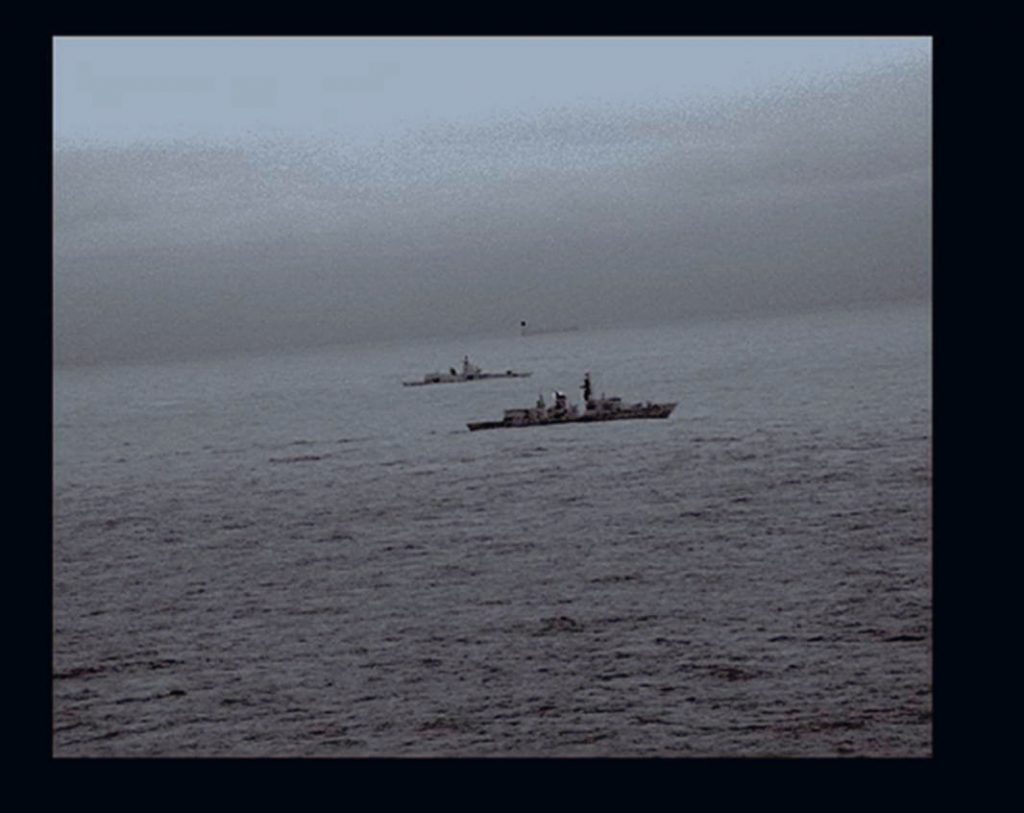 British ships and a helicopter were dispatched over the Dec. 25th weekend to track an “upsurge” of Russian naval vessels passing near British waters, the British Navy said Tuesday, as British and NATO leaders warn of Russian naval activity at levels unseen since the Cold War.

At least four Russian ships, including a warship and an intelligence-gathering ship, passed near British waters starting on Saturday, the British Navy said. The traffic on the water meant British sailors on the Royal Navy frigate St. Albans spent Dec. 25th tracking their Russian counterparts. Those sailors planned to return to port on Tuesday, the navy said, although they remained on high readiness.

The ship traffic came days after the head of the British military warned in an interview of the threat of Russian submarine activity near the sensitive undersea data cables that carry internet traffic between North America and Europe.

“I will not hesitate in defending our waters or tolerate any form of aggression,” said British Defense Secretary Gavin Williamson in a statement announcing the maneuvers. “Britain will never be intimidated when it comes to protecting our country, our people, and our national interests.”

Russian ships routinely sail through international waters near British territory as they pass from ports in northern Russia into the open Atlantic or into the Mediterranean, where they have been involved in Russia’s intervention in Syria. Before formally entering Russian naval service, ships are often tested in the international waters of the North Sea, which may have been the case for at least one of the Russian ships when the St. Albans arrived to monitor it.

The British Navy did not allege any misbehavior or territorial violations, and because it does not routinely publicize its encounters with Russian ships, it was not immediately clear how unusual the movements were.

In its statement, the British Navy said that “the festive season has seen an upsurge in Russian units transiting U.K. waters.”

The navy said that a Russian warship, the Admiral Gorshkov, passed close to British territorial waters Saturday and that the St. Albans frigate was dispatched to escort it as it passed through the North Sea. It released several grainy photographs of the two ships sailing closely to each other in what appeared to be choppy waters.

The Russian ship is still undergoing testing and has not yet formally entered into service, according to its shipbuilder.

Because the Admiral Gorshkov is still in sea trials, it probably does not yet pose a military threat, said Michael Kofman, an expert on the Russian military at the Center for Naval Analyses.

The Gorshkov is a prime example both of the strength of the Russian naval rearmament and of its shortfalls. NATO leaders have said that Russian naval activity is at levels unseen since the end of the Cold War, the payoff of a modernization and investment program that started shortly after Russia’s incursion into Georgia in 2008.

But progress has been hampered by shoddy construction and technical difficulties. The Gorshkov is the long-awaited flagship of a new class of stealth missile frigate. Originally scheduled to enter service in 2013, shipbuilders said Monday it was still undergoing tests 11 years after construction started.

That pace is significantly slower than is typical for Western warships. The ship was plagued by delays in the delivery of its weapons systems and by an engine fire during construction that kept it moored for more than a year in its shipyard in St. Petersburg.

“Unfortunately, no chances have been left to raise the flag aboard the Gorshkov this year,” the president of the United Shipbuilding Corp., Alexei Rakhmanov, told the TASS newswire agency on Monday. He said the ship’s advanced technology was still undergoing evaluations, and that once they were done, it would skip a further testing period and enter military service immediately. The accelerated schedule is a possible sign of pressures following years of delays.

Separately, a Russian intelligence-gathering ship sailed through the English Channel on Sunday, tracked by the H.M.S. Tyne, a 261-foot-long patrol vessel. And a Wildcat helicopter based in Yeovilton, in southern England near the English Channel, was sent to monitor two other Russian ships, the British Navy said.

British Air Chief Marshal Stuart Peach said last week that his nation’s doctrine was to closely track Russian vessels that neared British waters. He said that he believed NATO needed to focus on maintaining open lines of communication across the Atlantic in the face of a resurgent Russian navy.

“Of course, we respect freedom of navigation,” he said in an interview, “but equally we also shadow and monitor.”