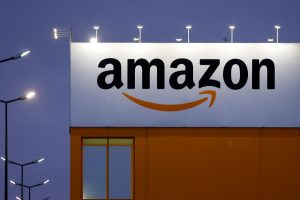 Following reports that e-commerce giant Amazon was planning to open in Israel, Maariv reported that the company is in negotiations with Teva to acquire a large logistics facility Teva currently owns. The deal, if it happens, would be worth between NIS 500 million and a billion, the report said.

The logistics center, which has delivery and processing facilities, is on the list of Israeli assets Teva is planning to sell as part of its financial recovery program – the same program announced two weeks ago that will result in the dismissal of some 10,000 Teva employees worldwide, 1,700 of them in Israel.

According to Maariv, Amazon is planning to run its own delivery service, preferring that over relying on the Israel Postal Service for delivery of packages, and has already acquired warehouse space in Modi’in, the report said.

The Teva center, built in 2011, is considered the biggest and most modern logistics center in Israel, and cost the company $100 million. Amazon is by far the only company large enough to require a center that size, the report said.

Amazon, which began working in Israel four years ago, has until now conducted only research and development operations there, employing several hundred local employees. In July, the company rented 25,000 square meters of space in the Azrieli Center towers in Tel Aviv and an additional 12,000 in the Gav Yam project in Haifa. The deals are said to be among the largest rentals ever for a single company in either city. Along with the space, the company is renting parking spaces, and is expected to hire as many as 2,500 new employees.