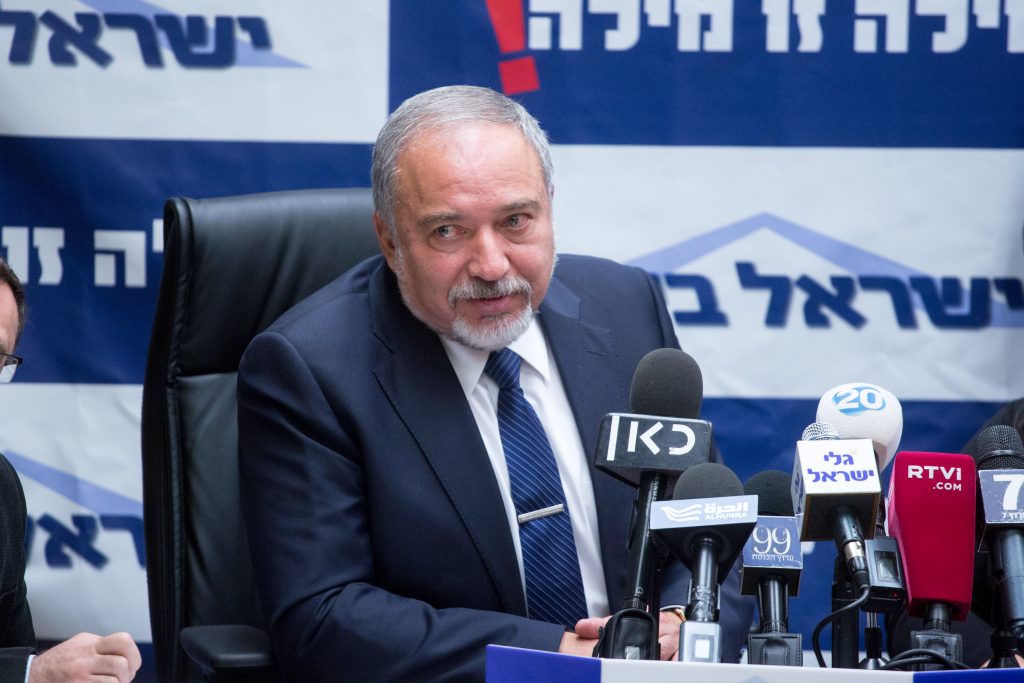 Defense Minister Avigdor Liberman said he respectfully disagrees with the Shin Bet, but believes that imposing the death penalty is the only way to deal with terrorists convicted of murdering Israeli soldiers or civilians.

“So in our day-in-day-out fight against terrorism, there is no reason we shouldn’t follow the biggest and strongest democracy in the world.

“Every additional terrorist who enters Israeli prisons alive serves as an incentive to all other terrorists to kidnap Israeli citizens, to kill soldiers, and then to enter negotiations [with Israel] to bargain for the release of other terrorists in prison,” said Liberman.

“Unfortunately, there is no other way,” he asserted.

The head of the Shin Bet internal security service, Nadav Argaman, told a Knesset committee on Sunday that he opposed the death penalty.

Liberman acknowledged the point, and said he “respects” all the leaders of Israel’s security forces, but disagrees with Argaman on this issue.

The Yisrael Beiteinu party, of which Liberman is chairman, plans to bring a Knesset bill to institute the death penalty on Wednesday.

Meanwhile, almost 41 percent of Israelis said they support Lieberman’s controversial proposal to boycott the Israeli Arab region of Wadi Ara, which he made in response to violent protests in which rioters attacked police cars and buses, according to a new poll commissioned by Yisrael Beytenu.

The Markets Panorama survey found that 40.9 percent of people are for the idea, while 41.9 percent are against it.