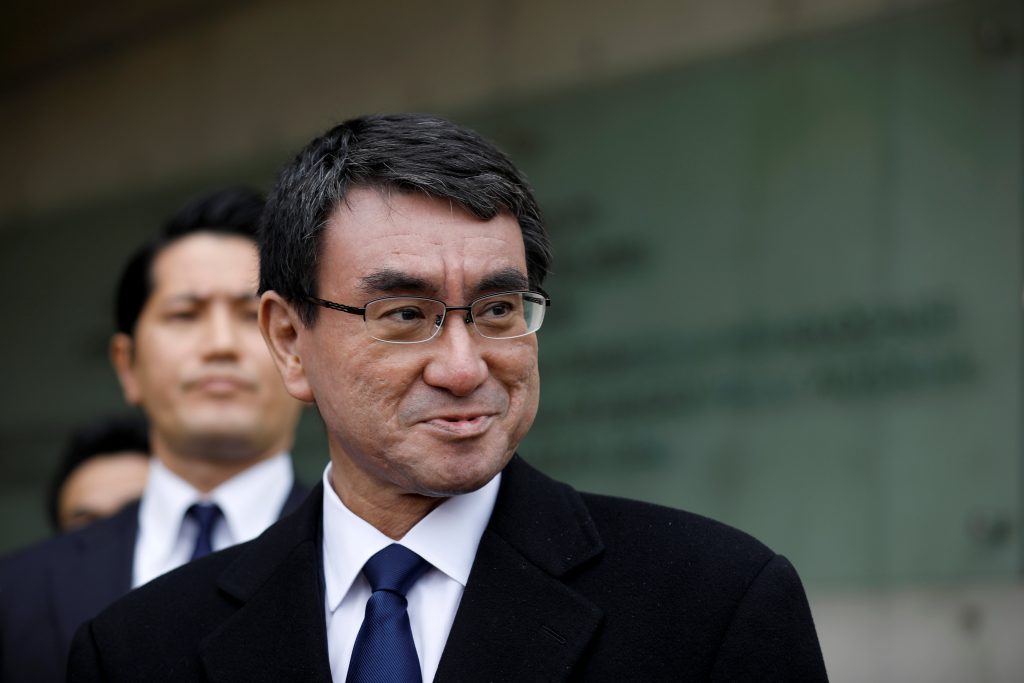 Netanyahu responded positively, Channel 10 reported, though he said he would have to consult with the White House before committing to it.

The Palestinians have refused to meet with American officials, including Kushner, since President Donald Trump recognized Yerushalayim as Israel’s capital.

Kono on Monday laid a wreath at Israel’s Yad Vashem Holocaust Remembrance Center, where he called for stronger ties between the two countries.

He wrote in the memorial’s guest book that he prayed “from the bottom of my heart that such a tragedy will never be repeated.”

At a joint press conference with President Reuven Rivlin, he said Japan “regards Israel as a country full of talent, not just a state of technology, but humanity, art and science.”

“I hope to increase the exchange of people between (the) two countries,” he added.