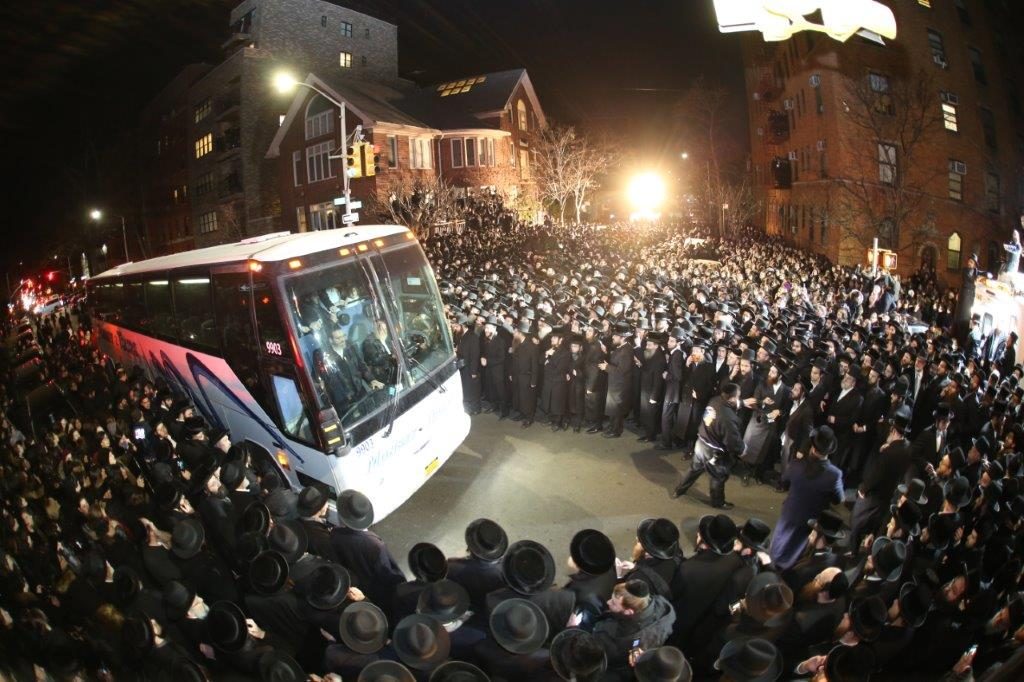 Rabbi Leibish Lish is a talented young mechanech. He fills auditoriums with youngsters and has many admirers throughout New York. His pamphlets are famous and sold alongside the leading newspapers.

Over the past few years, he chose to act as the voice of a Jew incarcerated in Otisville prison. The Jew’s name is Sholom Mordechai Rubashkin, a man rich in zechuyos and filled with emunah. Every week, Reb Leibish would print divrei Torah from Sholom Mordechai in a special pamphlet titled Kol Shalom Mordechai.

On a visit to the United States approximately two years ago, I met Reb Leibish returning from Otisville along with four of his students. He had run a contest in his classroom and the winners had been treated to a visit with Reb Sholom Mordechai. Not just any visit: They had made a farbrengen in honor of 19 Kislev, the yahrtzeit of the Baal HaTanya.

I asked Reb Leibish if I could join him on his next visit to the prison, but then I was forced to return to Eretz Yisrael. Reb Leibish promised me “compensation”: communicating with Reb Sholom Mordechai via email.

Apparently, every prisoner is granted up to half an hour during which he may communicate via email with a limited number of contacts, and even that under the watchful eyes of the prison wardens.

This fragile thread of communication with the outside world is one of the ways in which a prisoner can maintain his emotional equilibrium. These moments are more precious than gold to him and he treasures each one like a precious jewel. In his generosity, Reb Sholom Mordechai was kind enough to devote some of these precious minutes in order to communicate with the writer of these lines.

Klal Yisrael is concerned about your welfare and davening for your speedy release. Do you sense that?

“Baruch Hashem, I sense it and so does my family,” Reb Sholom Mordechai wrote, adding a smiley icon. “We draw strength from the love and care Yidden shower upon us. We have complete faith in Hashem Yisborach that He will answer our prayers.”

Are there any good moments behind lock and key?

“The good times are only in the spiritual sense, in the world of kedushah. With tefillah and Torah study, a Jew has good moments when he ascends above the place called prison. Only then does he reveal the power of the neshamah, which can never be exiled. If I need to focus on specific times, these are the moments when I am capable of communicating with Reb Elchonon (Jacobowitz, a mechanech from Detroit) and his students, with whom I share divrei Torah and questions on the parashah every week, and with Reb Leibish (Lish) and his students, to whom I send divrei Torah, which he prints. That is one of the highlights of my week.”

What do your Shabbosos and Yamim Tovim look like, with you so far from your loving family and supportive community?

And so, for eight years, Reb Sholom Mordechai refused to allow despair to gain a foothold. In ways it is difficult to explain, he never allowed them to break his spirit. With superhuman strength, he recruited never-ending stores of emunah and spiritual fortitude one can only wonder where he found.