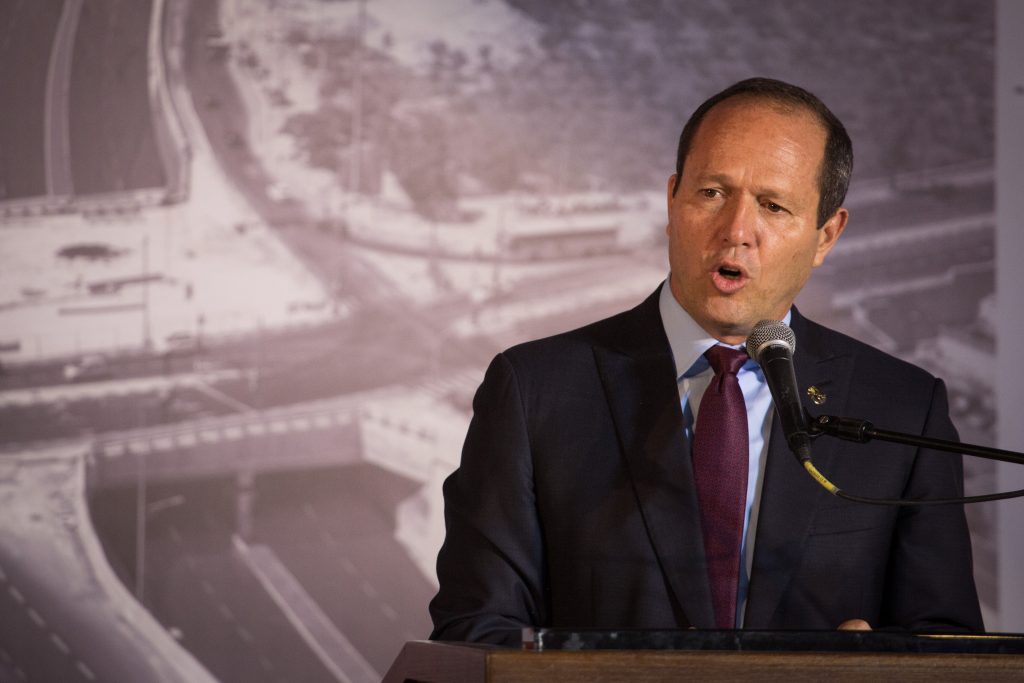 President Donald Trump’s decision to move the U.S. embassy to Yerushalayim has already left the realm of mere rhetoric and entered active planning, according to media reports on Monday.

“We met two weeks ago. We created a framework in which we are assisting them to think together about their different alternatives [of locations],” he said on Army Radio.

Barkat did not specify which places were discussed, but stressed that the conversation was at the request of the Americans.

“We are currently checking different alternatives. We are doing it on their demand, and alongside with them — and in confidentiality,” he added.

Barkat also welcomed the decision of Guatemala to move its embassy, and said they would schedule a meeting with the local ambassador to coordinate matters.

“We should check with them how they want to conduct the move,” he said. “Luckily, the relationship between Israel and Guatemala was always great. There’s even a street and school named after Guatemala.”

Meanwhile, Knesset Immigration and Absorption Committee chairman Avraham Neguise (Likud) seemed to know something that Mayor Barkat did not:

“The progress towards moving the U.S. embassy to Yerushalayim, when the site chosen is the Diplomat Hotel, obliges the City of Yerushalayim and the Ministry of Absorption to find a solution for the elderly immigrants who live there,” he was quoted as saying by Arutz Sheva on Monday.

The hotel, located in the Talpiot neighborhood of southeastern Yerushalayim, stands next to the U.S. consulate building, and was purchased by the U.S. government in 2014.

For years, the hotel has housed elderly immigrants, mostly from the former Soviet Union, and is still home to some 500 immigrants over retirement age.

Speaking at a hearing of the committee, Zionist Camp MK Ksenia Svetlova indicated that the handwriting was on the wall. She said that while residents had in the past had their leases extended without any special conditions, they are now being required to agree to vacate the building by 2020.