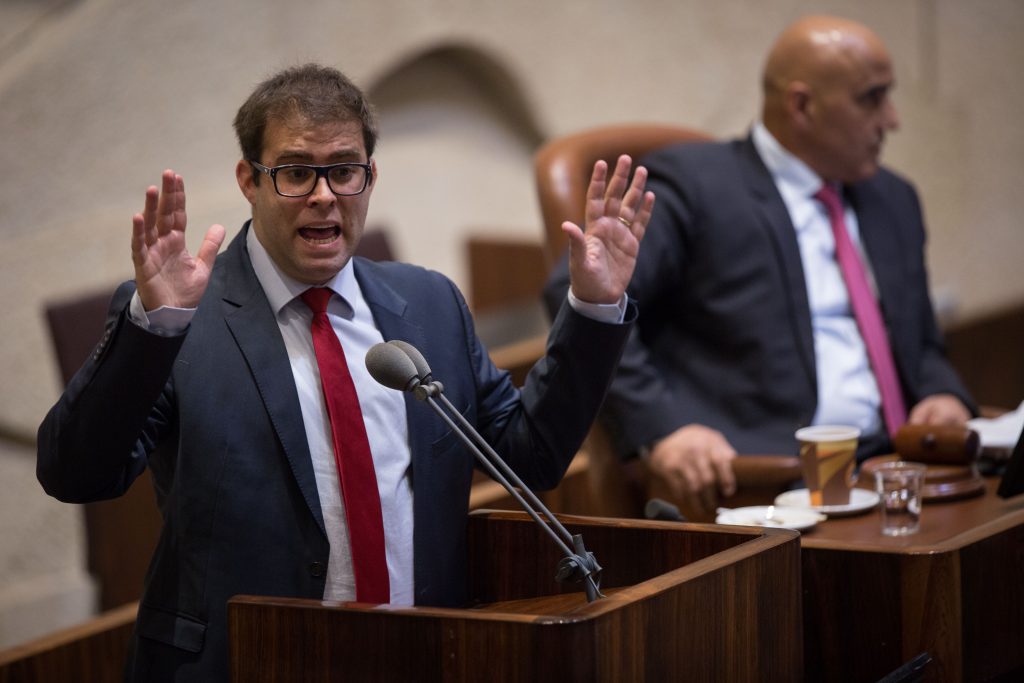 The Red Cross said on Monday Israel has a duty to guarantee the safety and dignity of Palestinian families visiting prisoners, after a right-wing member of the Knesset was filmed shouting abuse aboard a bus taking relatives to a family visit in an Israeli jail.

The MK, Oren Hazan, boarded the bus at the Gaza border with video crews in tow. He said on Twitter he told the relatives that the prisoners were “terrorists who belong in the ground.”

Hazan has a record of staging publicity stunts, including crashing a welcoming ceremony for visiting U.S. President Donald Trump in order to get a selfie with him. He once agreed to stage a fistfight at the border with a member of Jordan’s parliament, only to cancel it on the orders of Prime Minister Binyamin Netanyahu.

The families on the bus were on their way to Nafha prison in southern Israel from the Gaza Strip in a convoy escorted by the International Committee of the Red Cross (ICRC). In a statement, the ICRC said it “takes very seriously what happened today.”

“Families have the right to visit their loved ones in a dignified manner,” Suhair Zakkout, Gaza spokeswoman for the ICRC, said in the statement. “It is the responsibility of the competent authorities to ensure that the visits take place safely and without interference.”

Hazan, a member of PM Netanyahu’s Likud party, said he confronted the relatives to promote legislation to cancel such family visits until Israeli prisoners in Gaza and the remains of Israeli troops were returned.

During the bus confrontation, Hazan declared: “I want to tell you all, your friends in Gaza are holding our brothers, Hadar Goldin, Hy”d, and Oron Shaul, Hy”d, and Avera Mengistu, and if you do not bring this message home that we want to get our children back you will not come here anymore. If you continue here you will not see them alive.”