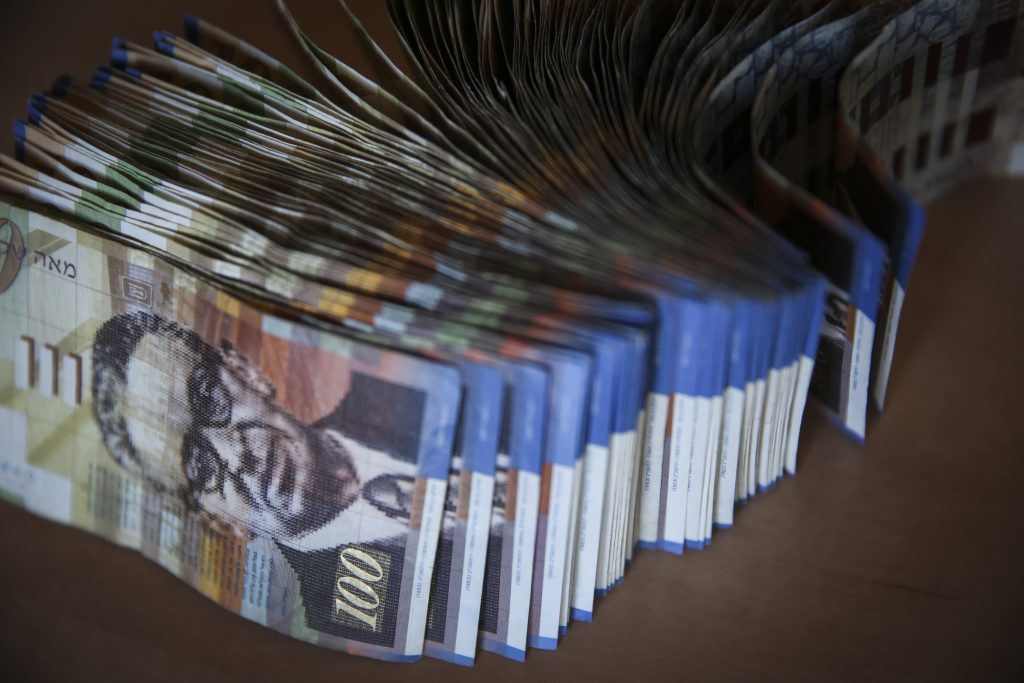 The Finance Ministry is promoting a law that would limit the use of cash in business deals in Israel. The law would limit cash transactions between individuals to NIS 25,000. For purchases or other transactions with businesses, the cash transaction limit would be NIS 5,000. All transactions in excess of these amounts would have to be done by check, credit card or electronic transfer.

The Finance Ministry plans to incorporate the new rules as part of the Arrangements Law, a companion bill to the biannual budget that covers issues and expenses not covered in the official budget. The rules are based on the recommendations of a government panel headed by former IDF General Yochanan Locker, which in 2014 recommended limiting cash transactions in order to battle under-the-table transactions to avoid taxes.

Critics of the panel’s findings have said that imposing rules would just cause even more business deals to go “underground,” with individuals splitting up deals in creative ways in order to comply with the regulations, while still avoiding taxes.

Finance Minister Moshe Kahlon and Prime Minister Binyamin Netanyahu both support the law, as does Chairman of the Knesset Finance Committee MK Rabbi Moshe Gafni (United Torah Judaism), who told the two that he would assist the law in passing through his committee on its way to legislation.