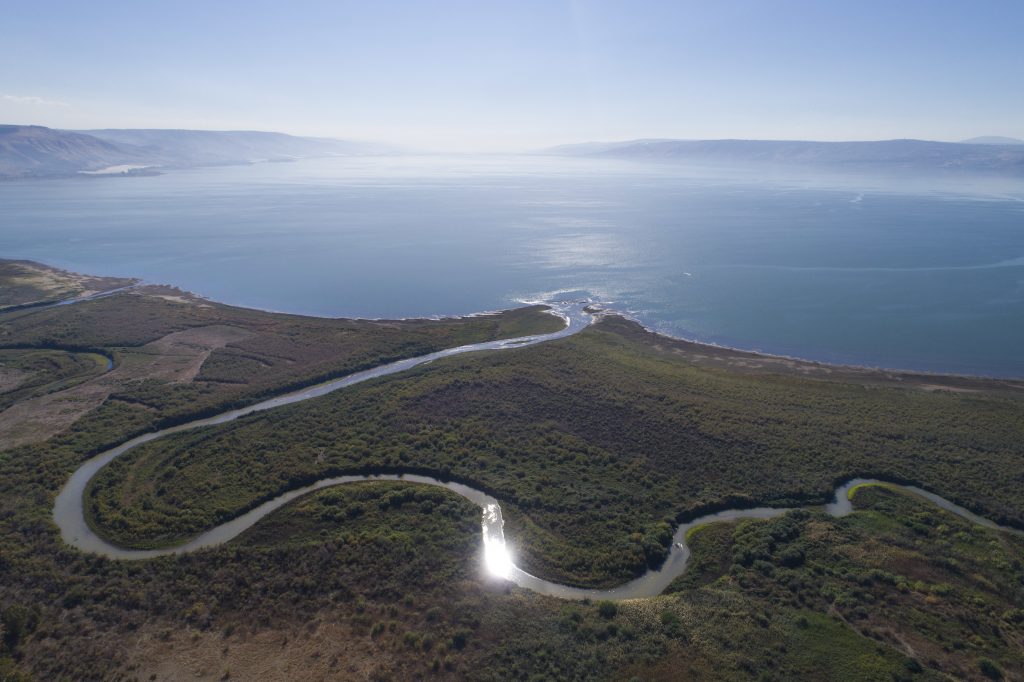 As Israel heads into its fifth consecutive year of drought, the Kinneret stands at a century low, much of the Jordan River is a fetid trickle and the Yam Hamelach is rapidly shrinking.

The biblical bodies of waters— are crucial to the survival and stability of Israel, Jordan and the Palestinians. But more and more of the river the ancient Israelites crossed to enter the Holy Land is drying up — the result of climate change, growing populations and the increasing use of its water for agriculture.

For visitors with high expectations for such iconic sites, the scenes can be shocking.

“If you blink when you cross the Allenby Bridge,” which links Jordan and Yehudah and Shomron, “then you’ll miss seeing the Jordan River,” said Gidon Bromberg, the Israeli director of EcoPeace, an organization of Israeli, Palestinian and Jordanian environmentalists.

The Jordan River rises as the confluence of several tributaries at the northern end of the Great Rift, a 3,700-mile (6,000-kilometer) tear in the Earth’s crust. It flows south into the Lake Kinneret, then squiggles 220 miles (360 kilometers) to the lowest place on the planet, the Yam Hamelach.

The Kinneret, Israel’s main water source, is less than 1 percent of the size of Lake Ontario, and years of drought have further lowered its surface.

Israeli meteorologists predicted in early December that the coming months would be drier than an average winter, prolonging an already troubling drought. As of the last reckoning, the water level in the Kinneret stood at 703 feet (214 meters) below sea level, several feet (about a meter) below the point at which ecologists predict damage to the ecosystem and water quality.

“The amount of water that’s flowed into the Kinneret in the past four years is the lowest ever,” said Doron Markel, the Israel Water Authority’s Kinneret director, attributing the drop in volume to meager rainfall during the normally rainy winter season.

Markel was optimistic, however, that a good year of rain could replenish the lake and help reverse the damage of years of drought. “We still have time,” he said.

The situation in the lower Jordan River is even worse. Around 95 percent of the river’s historic flow has been diverted for agriculture since the 1960s, including around 55 million cubic meters (14.5 billion gallons) per year that are given to Jordan as part of a 1994 peace treaty.

Bromberg says Israel, Jordan and the Palestinians are all responsible for the dire state of the river. He said instead of fresh water keeping the lower Jordan alive, it is filled with sewage and waste. “That’s actually what’s kept the river wet — a combination of agricultural runoff, sewage water and saline waters,” he said.

The meager flow, in turn, has contributed to 60 percent of the shrinking of the Yam Hamelach, leaving sinkholes and abandoned beachfront resorts along its shores. Israeli and Jordanian industries extracting minerals and salts from the salty lake are responsible for the other 40 percent of losses.

AP photographer Oded Balilty has traveled the length of the Jordan, from its headwaters in northern Israel down to the Yam Hamelach, photographing how people interact with the landscape.