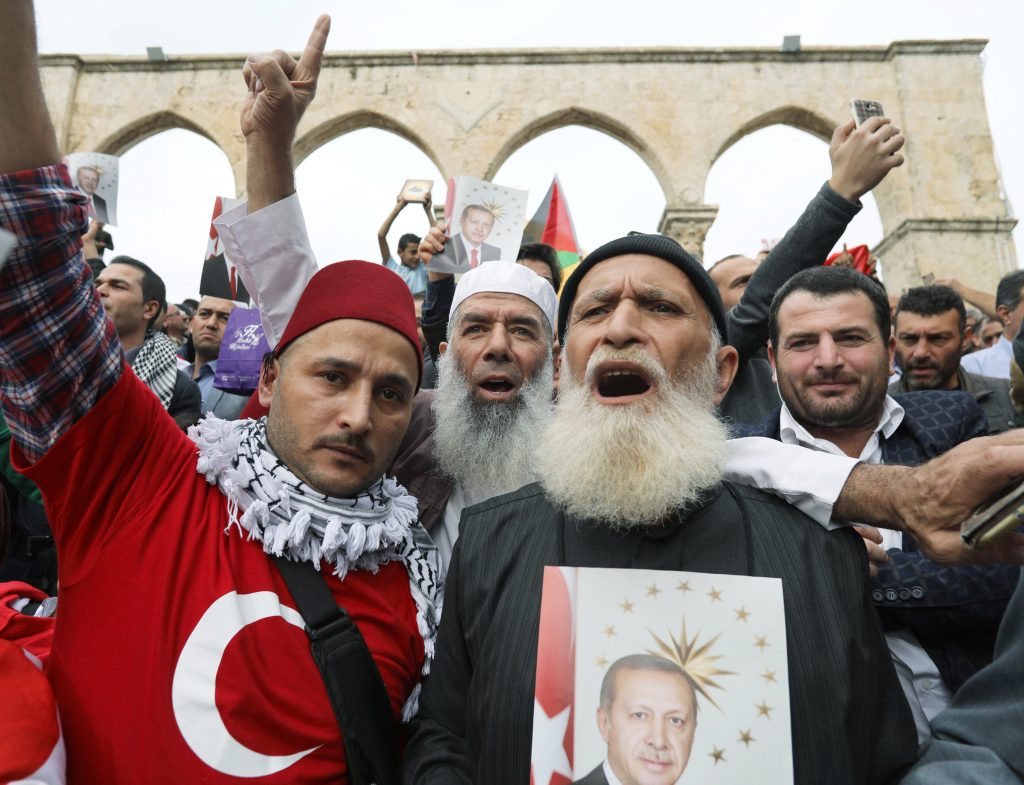 Israel has ordered the deportation of two of three Turks who were briefly arrested during Palestinian demonstrations last week after President Donald Trump recognized Yerushalayim as Israel’s capital, the Interior Ministry said on Monday.

The three were detained on Friday on suspicion of assaulting Israeli police near the Al-Aqsa mosque. Earlier, an Israeli court had freed them without charges.

An Interior Ministry spokeswoman said one of the men was scheduled for deportation later on Monday and another later in the week. She said both had entered Israel on Belgian passports.

Israeli police had described the three as Turkish tourists.

A photograph circulated on social media showed them among a group of fez-wearing men and boys outside Al-Aqsa. One is seen wearing a Turkish flag T-shirt and waving a Palestinian flag, while two hold up pictures of Turkish President Tayyip Erdogan.

The Interior Ministry spokeswoman said she had no information on the third Turk who had been arrested in the case.