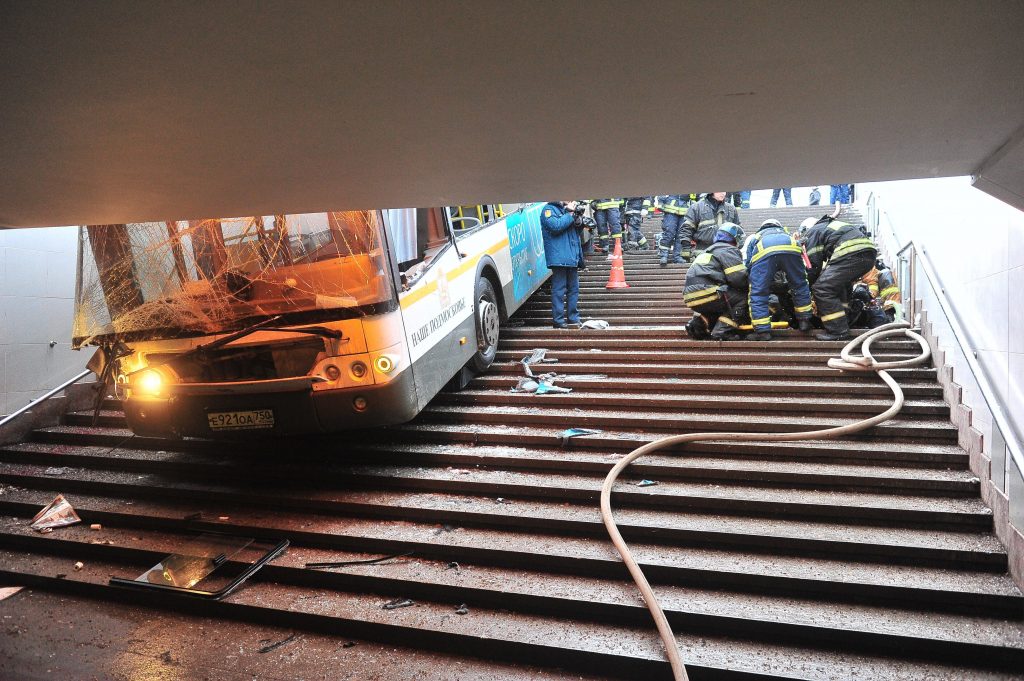 Russian authorities say a bus careened off a road and onto steps leading into an underground passageway in Moscow, killing at least four people and leaving 13 others injured.

Moscow police said passengers and pedestrians were among those killed in Monday’s crash. Police immediately ruled out a possibility of it being an attack, saying that they suspect a mechanical fault or that the driver lost control of the vehicle. Police were questioning the driver.

Photos taken at the scene show the bus on the steps leading into the underground passageway.

Russian news agencies reporting from the scene quoted Moscow Mayor Sergei Sobyanin as saying that he has ordered all city buses to be checked in the aftermath of the crash.