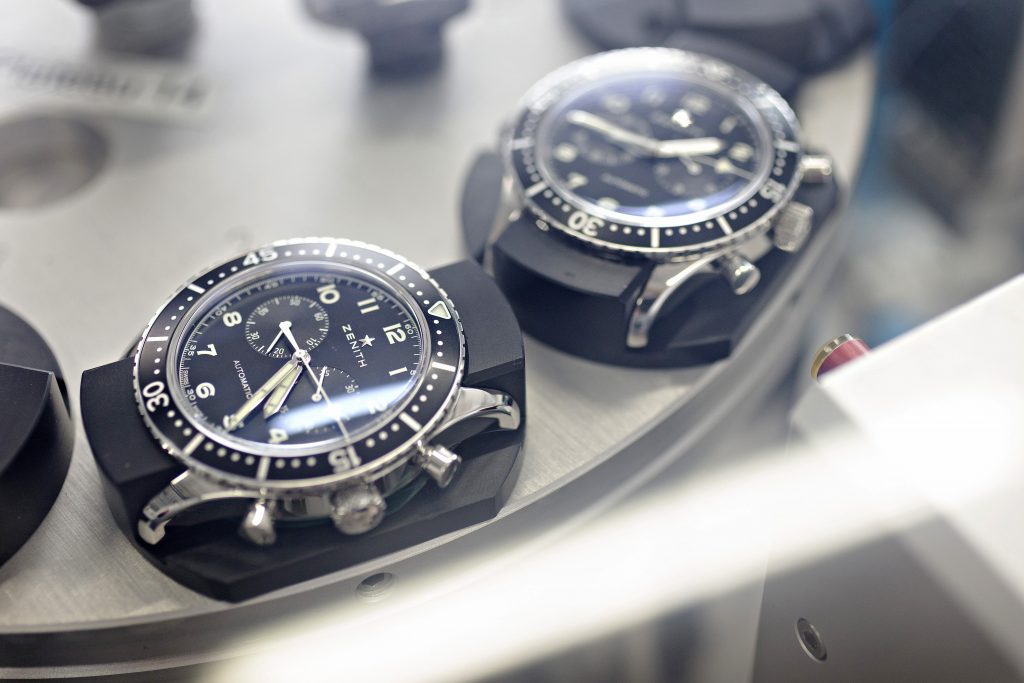 The U.S. economy is booming, unemployment is low and the White House is occupied by a president synonymous with ostentatious luxury. Why, then, have Americans stopped buying expensive watches?

Swiss watch exports to the U.S. fell 0.4 percent in November, extending the decline for the year so far to 4 percent after a 9 percent drop in 2016. By contrast, sales surged 40 percent for the month in China — the biggest jump in almost three years — as the industry recovers from a multiyear slump.

U.S. consumers are showing they’re eager to part with their cash online or in retail temples like Apple’s stores, but they just don’t want to spend on watches from the likes of Richemont, Swatch Group and LVMH. As sales in China benefit from a cyclical recovery, the downturn in the U.S. looks structural, rooted in changing perceptions of luxury: To many American consumers, enamored of tech gadgets, a fancy timepiece is no longer a valued prize.

“Americans are an underdeveloped country in terms of luxury watches,” said Rene Weber, an analyst at Bank Vontobel, “whereas brands play an important role for the Chinese. Americans are familiar with a smaller range of labels and also understand a lot less about watches.”

A survey by Deloitte found that in all markets other than the U.S., millennial consumers showed a strong preference for premium analogue timepieces over smartwatches; among young Americans, luxury watches were about even in appeal. The same survey showed that premium brand loyalty is particularly weak in the U.S., while Chinese buy from a few preferred brands.

“For Asians in general the watch is much more a status-symbol instrument than in any other part of the world,” said Jean-Claude Biver, watch chief at LVMH. “As a consequence, ‘Swiss Made’ plays a bigger role and the fashion aspect of the watch a smaller role in Asia compared to America.”

The difference is evident across the luxury-goods business, with sales gains in the U.S. lagging behind the Asian market. LVMH, which sells everything from high-end timepieces to fashion to Champagne, posted organic revenue growth of 7 percent in the U.S. for the first nine months of 2017, compared with 19 percent for Asia excluding Japan, a category that includes China. But the disconnect is especially pronounced when it comes to watches.

Stephane Chance, a 39-year-old finance worker in New York, embodies the Swiss industry’s challenge. Recently he marveled at the Apple Watch’s sports features as he shopped for a present for his wife — and maybe one for himself — at the company’s store on Fifth Avenue.

“I don’t usually wear watches,” said Chance, who has used his smartphone to tell the time for years. “I like the functions in smartwatches and the tracking of all activities. Regular mechanical watches are something I’ve been looking at, but in terms of budget, it’s a big decision. It can easily be $10,000.”

“I want to buy a Rolex when I turn 30,” she said, adding she’s drawn to the brand because of its fame and advertising. That would add to the more than 50,000 yuan ($7,600) she’s already spent on an Omega and a Cartier. “A watch means a new start and reminds me to cherish time.”

Chinese consumers account for more luxury purchases than any other country — as much as 35 percent of the global total — though only as much as 10 percent occur in China, Deloitte estimates. They are followed by U.S. consumers at 25 percent and Europeans at 20 percent.

Although Hong Kong’s booming demand knocked the U.S. out of the top spot among Swiss watch markets about a decade ago, tourism has supported sales in the U.S. since. Now that’s slowing, leaving it with a local clientele lured by smart gadgets, according to Danny Govberg, owner of 101-year-old luxury watch retailer Govberg Jewelers.

“Only the rich purchase the top end,” Govberg said. “It’s not like the Chinese market where almost everybody of every income level prides itself on attaining a nice watch.”

The total export value of Swiss wristwatches amounted to 18.3 billion francs last year, though the retail value is as much as three times higher, according to Vontobel’s Weber.

Sales of timepieces at U.S. department stores, retail chains and independent jewelers did break out of a rut in September, gaining 2 percent by value in their first increase since at least April, according to data tracker NPD Group. High-end timepieces costing $5,000 and more drove growth, in a potential first sign the market is recovering.

Swiss watches may also suffer from a lack of exposure in the U.S., according to Cindy Yeung, chairwoman of Hong Kong-based retailer Emperor Watch & Jewellery Ltd. They’re not widely sold in out-of-town shopping malls, and U.S. consumers don’t venture into downtown luxury retail districts as often as their European or Asian counterparts. America’s wide-open spaces make a car a more common graduation present, while parents in Hong Kong might give an expensive watch instead.

“In the U.S., watches were never a priority,” Govberg said. “They’d rather own a car or a house or a playground set. That has been an American dream for decades.”