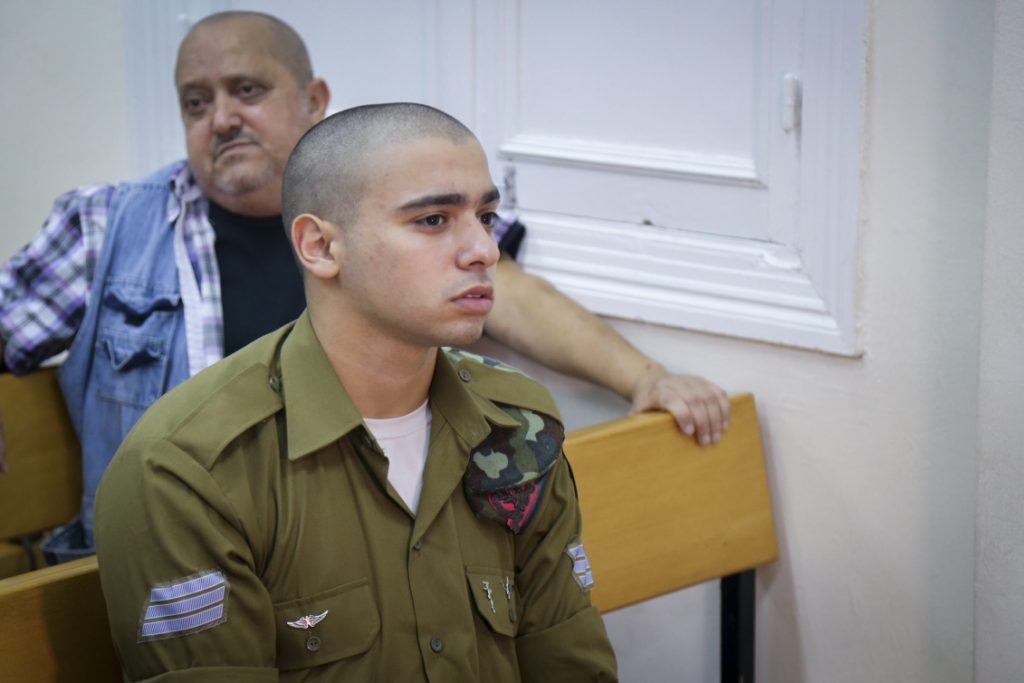 The parents of the former IDF soldier appealed to President Rivlin once again asking him to reconsider his decision and give a presidential pardon.

Charlie and Oshra Azaria sent the request Sunday, which also bears the names of 55 MKs and ministers backing the request, including Prime Minister Binyamin Netanyahu.

Former IDF Sergeant Azaria was convicted of manslaughter in January for the shooting of a wounded Arab terrorist after an attack in Chevron on Purim of 2016 that left one soldier wounded.

In February, an IDF court sentenced Azaria to 18 months in prison, a ruling that was upheld by the IDF Appeals Court in July.

A month later, Azariya submitted an appeal to President Rivlin asking for a presidential pardon, which he denied, stating that any additional leniency in the case “would harm the resilience to the IDF and the State of Israel.”

Despite all that, Rivlin turned down the request.