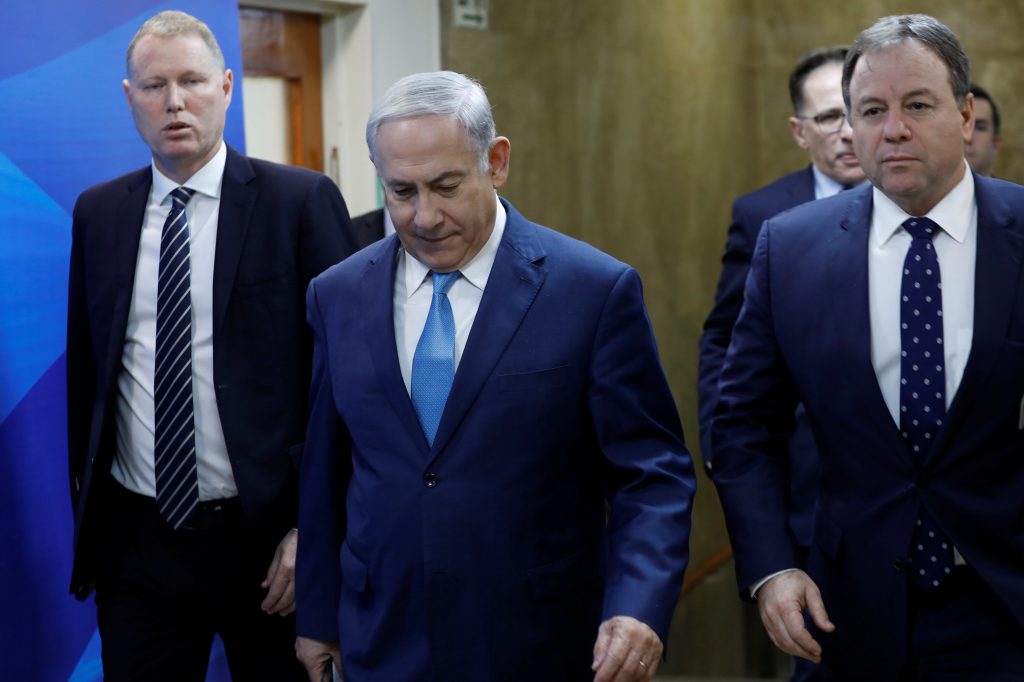 Prime Minister Binyamin Netanyahu said at the weekly Cabinet meeting Sunday that by boycotting peace efforts led by the United States, Palestinian leader Mahmoud Abbas has once again shown his true colors and has demonstrated that he is not interested in resolving the conflict between Israel and the Palestinians.

“Abu Mazen [Abbas] has declared that he is abandoning the peace process and did not care at all about any proposal the United States would initiate. I think that once again something simple and clear emerges: Those who do not want a solution to the conflict are the Palestinians.

“In addition, it is very important to note that the root of the conflict in its entirety in the Middle East is not in Israel, but in Iran and in radical Islam and the terrorism it infuses. All these are real things that are revealed to all. Anyone with eyes in his head and honesty in his heart can not deny them. ”

Abbas has rejected any further U.S. role in the peace process after its recognition of Yerushalayim as Israel’s capital earlier this month, declaring the U.S. a “dishonest mediator” and declaring that the Palestinians would not accept any peace plan proposed by the Americans.

“The United States are no longer an honest mediator in the peace process, we will not accept any plan put forward by the United States,” Abbas said last week during a meeting in Paris with French President Emmanuel Macron.

Netanyahu, who has also repeatedly criticized the U.N. as being biased against Israel, also discussed his decision to withdraw Israel’s support for UNESCO. “I think that this is a correct move, given this organization’s biased, one-sided and absurd attitude toward us, and against the background of the U.S.’s strong stand at the U.N., which we welcome,” he said.