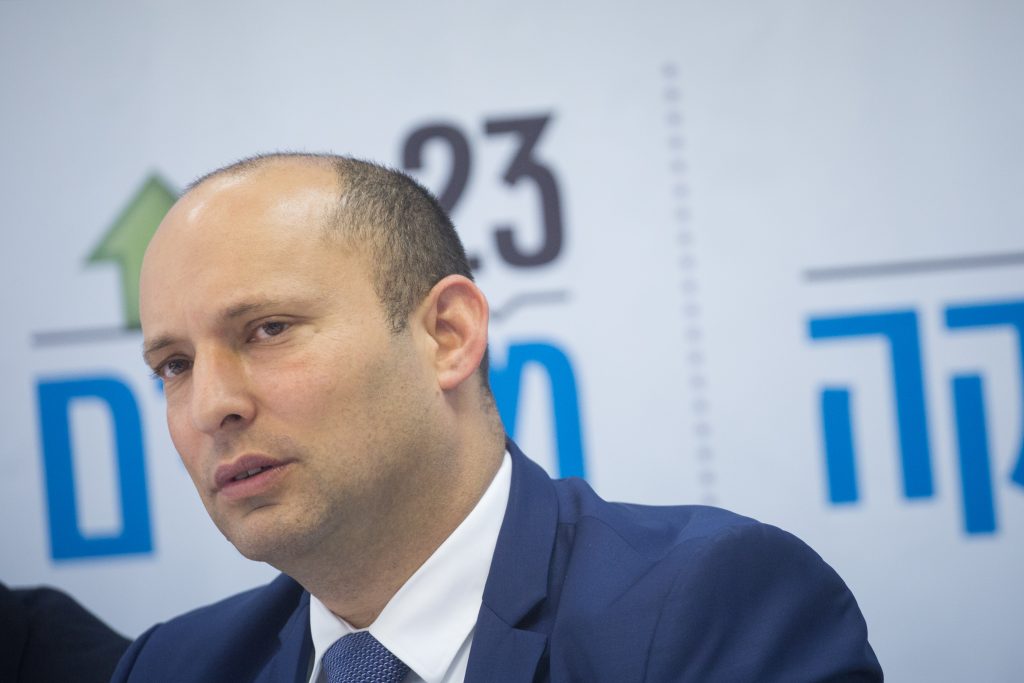 The Jewish Home Party has soared in polling by at least six seats since chairman Naftali Bennett said he intends to run for prime minister once Binyamin Netanyahu has left office, Arutz Sheva reported on Sunday.

Geocartography research found in its latest opinion sampling that if elections were held now, Jewish Home would get 20 seats in the Knesset, compared to 11 and 14 seats, in polls it conducted a month and two weeks ago, respectively.

However, this would not make Jewish Home the second-biggest party. That honor would go to Likud with 24 seats. The largest would be Yesh Atid with 27 seats, the best showing the party has made in years.

The Zionist Camp would sink to only 14 seats, while Meretz would get five.

Kulanu, according to the poll, would receive seven seats, while Yisrael Beytenu would stay at five.

Chareidi parties would see dramatic changes, with United Torah Judaism rising to an unprecedented nine seats, and Shas not even passing the required threshold.

The Arabs’ Joint List, according to the poll, would shrink to only nine seats, in contrast to its 13 seats predicted in the previous poll.