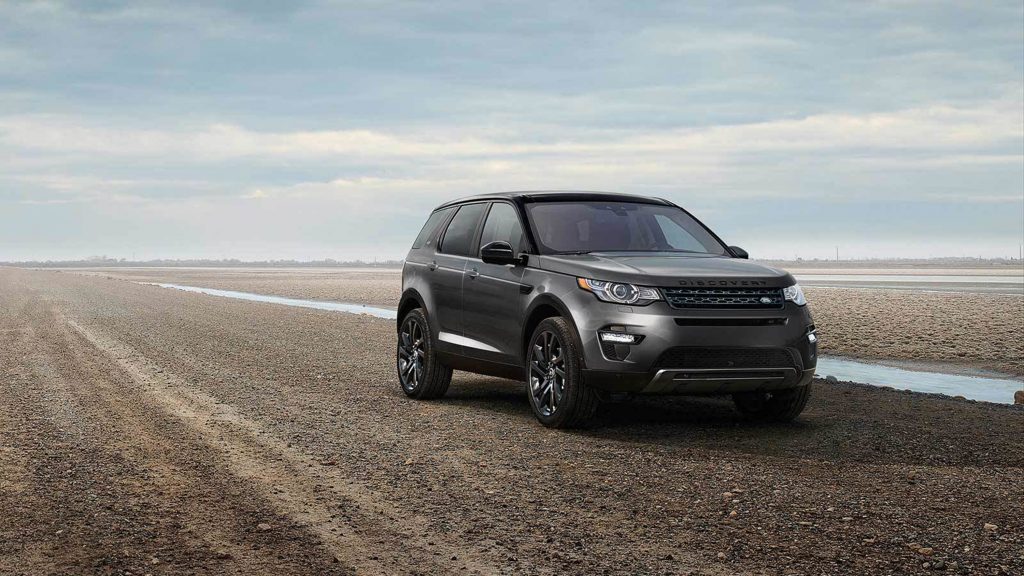 The familiar Discovery nameplate returns for 2018, but it bears little resemblance to its ancestors. Its design is smooth and fresh, and its road manners are far better. Yeah, welcome back, Discovery.

The SUV formerly known as the LR4, now in its fifth generation, has evolved into a more family-friendly animal. Its old boxy shape has been replaced with softer, rounded curves in front and rear. It’s more comfortable, with 16-way adjustable seats. And there is advanced technology to simplify your life, like a trailer-assist feature and remote-folding seats that can be adjusted from a smartphone.

But don’t worry, Land Rover purists. The lighter, more nimble Discovery is still plenty rugged off the beaten path. An all-terrain system monitors off-road territory every 100 milliseconds and adjusts traction, throttle and steering response. And this bad boy can wade through 35.4 inches of water, aided by electronic air suspension and 11 inches of ground clearance. It can even “breathe” while the grille is below the surface.

Discovery, known by Rover lovers as the Disco, hit the showrooms over the summer. Its aluminum body enabled it to shed more than 1,000 pounds though it’s not exactly svelte with a curb weight of around 4,900 pounds.

Two engines are available in the U.S., one of them a 3.0-liter turbodiesel V-6. It gets 254 horses but an ox-like 443 pound-feet of torque, and is capable of towing 8,200 pounds. To introduce the 2018 model, the Td6 actually towed a 121-ton, seven-trailer semi-truck in a wild demonstration in Australia. So, yeah, this SUV can haul.

There’s a $2,000 premium for the diesel engine but it’ll pay back with better fuel economy — 23 mpg city/highway compared to 18 mpg with gas engine.

Still, many in the U.S. may prefer the added highway punch of the 3.0-liter supercharged V-6. It produces 340 hp, 332 pound-feet of torque and gets to 60 mph in under seven seconds. Both engines are fitted to Land Rover’s familiar, smooth-shifting 8-speed automatic transmission.

On the road, Disco feels like a family hauler now, with a compliant ride and four-corner air suspension that does a good job of soaking up potholes and railroad tracks. While cornering used to be a white-knuckle experience for passengers, the still-tallish Discovery now manages them without worry.

That air suspension also helps folks get in and out by — get this — lowering Discovery about an inch whenever a door is opened. Classy, huh?

Off the road, few foes can compete with the Discovery. Performance on higher trims is enhanced with a 2-speed transfer case with active locking center differential, hill-descent and rock-crawl controls. A terrain response system adjusts driving dynamics for pavement, sand, mud and snow. It has an approach angle of 29.5 degree and a departure angle of 28 degrees.

Inside, you’ll see elegant leather seats, high-quality materials throughout, and a dash design not unlike the more plush Range Rover. There is seating for seven in the HSE Luxury, with ample head and shoulder room. The second row is tighter on leg and foot room and those seats only slide back and forth manually.

The power-folding system allows rear seat backs to be folded or raised via a smartphone app — a cool feature to show the neighbors — as well as from the InControl infotainment screen. Headrests can be folded, too, for better rear visibility.

New for 2018 is an interactive driver display cluster with 3D graphics. An optional head-up display has more functions and crisper graphics. But the 10-inch touchscreen system is somewhat sluggish from the start-up and in response to commands. It gets the job done but requires some patience.

A 14-speaker Meridian sound system is superb, and a rear entertainment system is available for long hauls or to keep little darlings quiet.

Cubbies for stuff are everywhere and there are about a dozen USB ports among the three rows. The center-console pit is big enough for his and her laptops. And cargo room is competitive for the segment: 45 cubic feet with the rear seats up, 82 cubes with them all folded.

Discovery has come a long way from its days as a capable but simple, boxy, top-heavy beast. Yeah, it still claws its way over boulders and tows semi-trucks, but the ol’ Disco has learned some new road tricks.

What’s all the excitement about? Land Rover slaps the Discovery nameplate on a more civilized, family-friendly SUV; seats can even be power-folded via a smartphone app