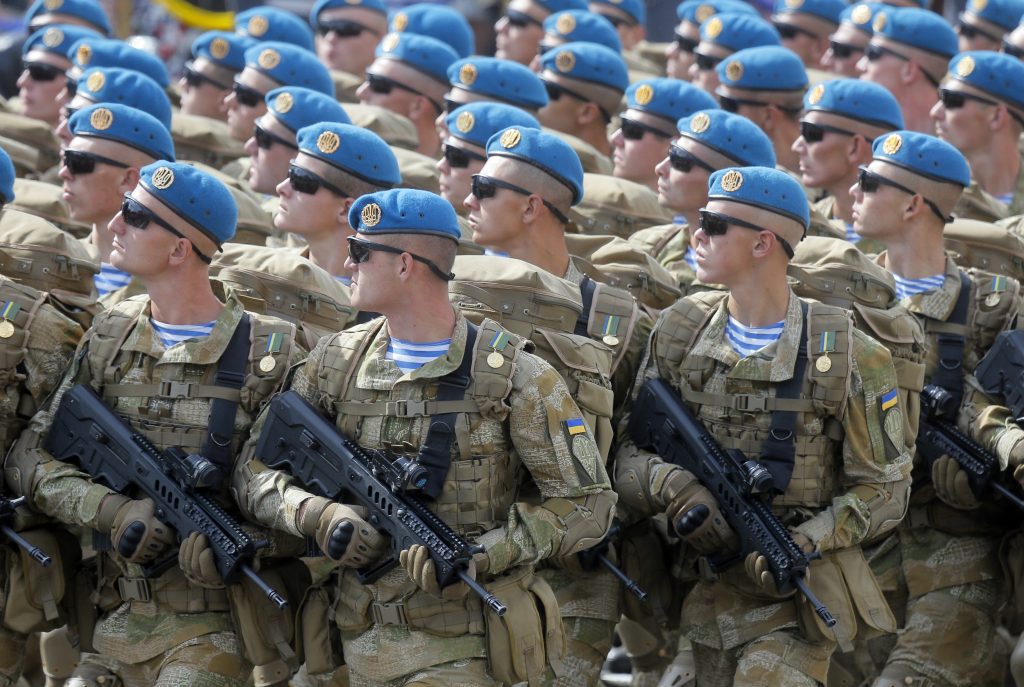 The Trump administration has approved a plan to provide lethal weapons to Ukraine, a long-awaited move that deepens America’s involvement in the military conflict and may further strain relations with Russia. Moscow responded angrily on Saturday.

The new arms include American-made Javelin anti-tank missiles, U.S. officials said late Friday. Ukraine has long sought to boost its defenses against Russian-backed separatists armed with tanks that have rolled through eastern Ukraine during violence that has killed more than 10,000 since 2014. Previously, the U.S. has provided Ukraine with support equipment and training, and has let private companies sell some small arms like rifles.

The officials describing the plan weren’t authorized to discuss it publicly and demanded anonymity.

The move is likely to become another sore point between Washington and Moscow, as President Donald Trump contends with ongoing questions about whether he’s too hesitant to confront the Kremlin. Ukraine accuses Russia of sending the tanks, and the U.S. says Moscow is arming, training and fighting alongside the separatists.

Russian Deputy Foreign Minister Sergei Ryabkov said the U.S. decision will only make the conflict more deadly and suggested that Russia could be forced to respond. He also said the U.S. can no longer cast itself as a mediator. “It’s not a mediator. It’s an accomplice in fueling the war,” Ryabkov said in a statement.

The intensified support for Ukraine’s military also comes amid early discussions about sending U.N. peacekeepers to eastern Ukraine, to improve security conditions not only for Ukrainians but for monitors from the Organization for Security and Cooperation in Europe who are on the ground.

The U.S. and other nations were cautiously optimistic when Russian President Vladimir Putin proposed to send in peacekeepers. But there are major disagreements about how and where the peacekeepers would operate, especially about whether they’d be deployed only on the “line of conflict” between separatists and the government. The U.S. and Ukraine want peacekeepers deployed throughout the separatist-controlled regions stretching to the Ukraine-Russia border.

By approving a plan to provide lethal weapons to Ukraine, the Trump administration could see it as providing leverage in these negotiations. While some are skeptical about Putin’s proposal, others suggest he may be looking for a way out of the conflict. Alexander Vershbow, former deputy secretary general of NATO and a former ambassador to Moscow, said a U.N. peacekeeping mission could serve as cover for Russia to withdraw its forces and weapons from eastern Ukraine.

Trump had been considering the plan for some time after the State Department and the Pentagon signed off earlier this year. President Barack Obama also considered sending lethal weapons to Ukraine, but left office without doing so.

The State Department, responsible for overseeing foreign military sales, would not confirm that anti-tank missiles or other lethal weapons would be sent. But in a statement late Friday, State Department spokeswoman Heather Nauert said the U.S. had decided to provide “enhanced defensive capabilities” to help Ukraine build its military long-term, defend its sovereignty and “deter further aggression.”

“U.S. assistance is entirely defensive in nature, and as we have always said, Ukraine is a sovereign country and has a right to defend itself,” Nauert said.

Although the portable Javelin anti-tank missiles can kill, proponents for granting them to Ukraine have long argued they are considered “defensive” because the Ukrainians would use them to defend their territory and deter the Russians, not to attack a foreign country or seize new territory.

In thanking the U.S. for its support, Ukrainian President Petro Poroshenko addressed the concerns over how the weapons would be used.

“American weapons in the hands of Ukrainian soldiers are not for an offensive, but for a decisive rebuff of the aggressor, the protection of Ukrainian soldiers and civilians, as well as for effective self-defense,” he wrote on Facebook. “It is also a trans-Atlantic vaccination against the Russian virus of aggression.”

Under law, the State Department must tell Congress of planned foreign military sales, triggering a review period in which lawmakers can act to stop the sale. It was unclear whether the administration had formally notified Congress, but lawmakers are unlikely to try to block it given that Democrats and Republicans alike have long called on the government to take the step.

The move comes as the United States and European nations struggle to break a long logjam in the Ukraine-Russia conflict that erupted three years ago when fighting broke out between Russian-backed separatists and government troops in the east. France, Russia and Germany brokered a peace arrangement in 2015 that has lowered violence but not stopped it, and a political settlement outlined in the deal hadn’t been fully implemented.

In recent days, Secretary of State Rex Tillerson has warned that violence is up about 60 percent this year. In Europe earlier this month, Tillerson called Russia’s involvement the biggest tension point between the former Cold War rivals.

“It stands as the single most difficult obstacle to us renormalizing the relationship with Russia, which we badly would like to do,” Tillerson said.

Both the Obama administration and the Trump administration had expressed concerns in the past that injecting more weapons into the conflict was unlikely to resolve it, especially considering that Russia is well-equipped to respond to any Ukrainian escalation with an even stronger escalation of its own. Sending lethal weapons to Ukraine also creates the troubling possibility that American arms could kill Russian soldiers, a situation that could thrust the two nuclear-armed nations closer to direct confrontation.

The United States, under Obama, also imposed sanctions on Russia for its invasion and annexation of Crimea. The Trump administration has insisted those sanctions will stay in place until Moscow gives up the Crimean Peninsula.