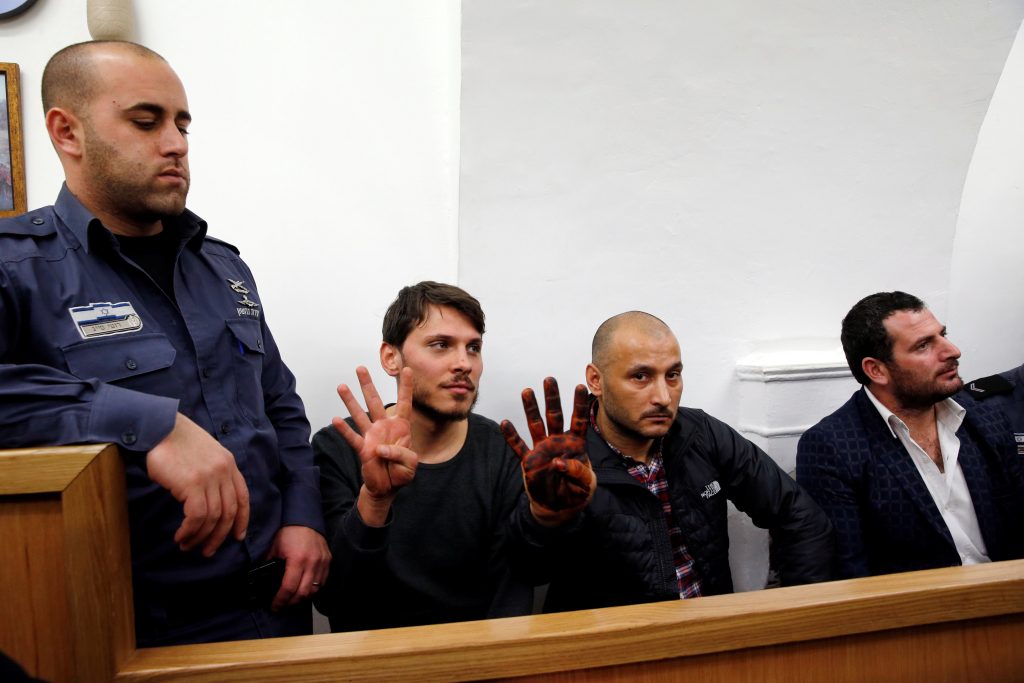 An Israeli court freed without charge three Turks who had been arrested on suspicion of assaulting police outside Har HaBayis, a police spokesman said.

The men – described by police as tourists – were taken into custody on Friday, as Israel confronted a weekly surge in protests against President Donald Trump’s Dec. 6 recognition of Yerushalayim as its capital.

Police spokesman Micky Rosenfeld said the three Turks had tried to reach Al Aqsa Mosque, where “they planned on taking part in a demonstration.”

Rosenfeld said the three Turks “carried out an assault on police officers there.” He did not elaborate on the circumstances, other than to say there were no casualties.

Brought before the Yerushalayim Magistrate’s Court, the men did not speak from the dock. Two of them flashed four-finger hand gestures that appeared to be the so-called “Rabia sign” of solidarity with Egypt’s ousted Muslim Brotherhood.

The Turks’ Israeli defense lawyer, Nick Kaufman, said police asked the court to keep them in custody so charges of assaulting a police officer and resisting arrest could be brought.

“It was obvious that this was a politically charged case and the judge rightly released them,” Kaufman told Reuters.