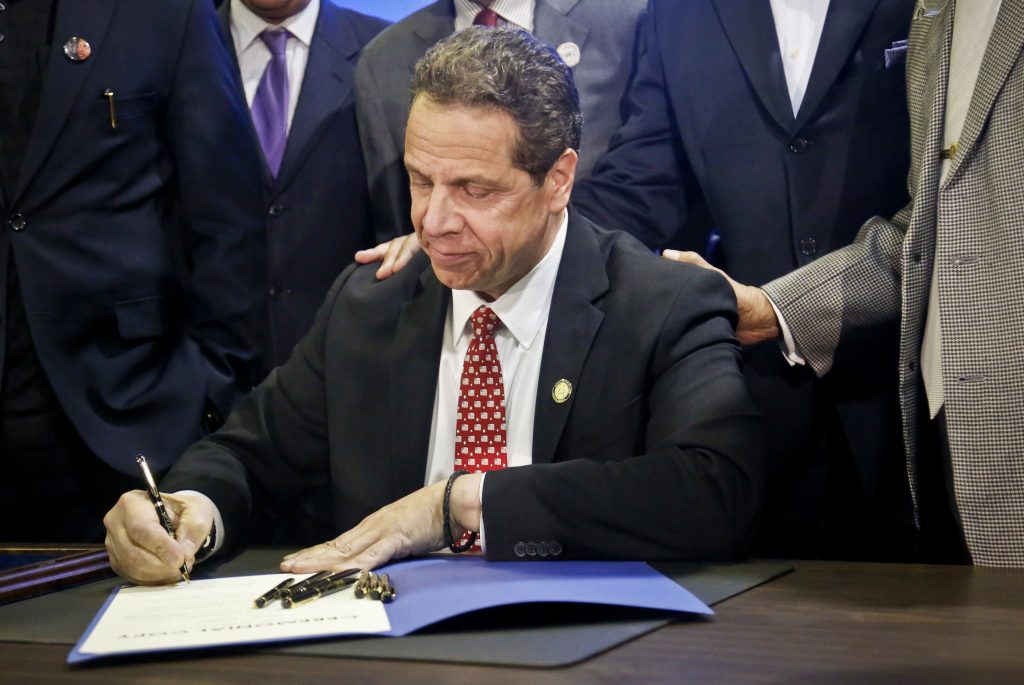 Some New York taxpayers may want to “postpone the pain” of the new federal tax overhaul by paying some of next year’s local property taxes before Jan 1, Democratic Gov. Andrew Cuomo said Friday.

Cuomo signed an executive order Friday allowing the pre-payments. It will be up to local governments and school districts to issue tax warrants or take other steps necessary to be able to receive the payments. Cuomo conceded that pre-paying some or all of next year’s estimated property taxes may not be an option for many New York households.

Still, it’s a “viable option” for taxpayers who want to tax advantage of the current deduction for state and local taxes, an especially popular deduction for many property owners in high-tax New York state. The deduction will be capped at $10,000 under the tax overhaul signed Friday by Republican President Donald Trump.

“You can partially prepay or fully prepay and get your deductions for your property tax payment,” Cuomo said. “At least this device will postpone the pain for one year.”

He said his administration would contact local governments and school districts to urge them to send out estimated tax bills for 2018 to allow taxpayers who have the financial resources to consider making a pre-payment. Since the new tax rules will still allow a deduction of up to $10,000, the pre-payment option only makes financial sense if the taxpayer will pay more than $10,000 in local taxes, state officials said.

Tax collectors in many states are seeing a surge in property tax prepayments before 2018 in an effort to cash in — for one last year — on a deduction that the coming tax overhaul will limit. Since a national income tax began more than 100 years ago, people have been allowed to deduct from their income the amount they’ve paid for state and local taxes.

The new $10,000 cap on the deduction will hit hardest in states such as California, Connecticut, New York and New Jersey — states where the average state and local deductions in 2015 all topped $17,000.