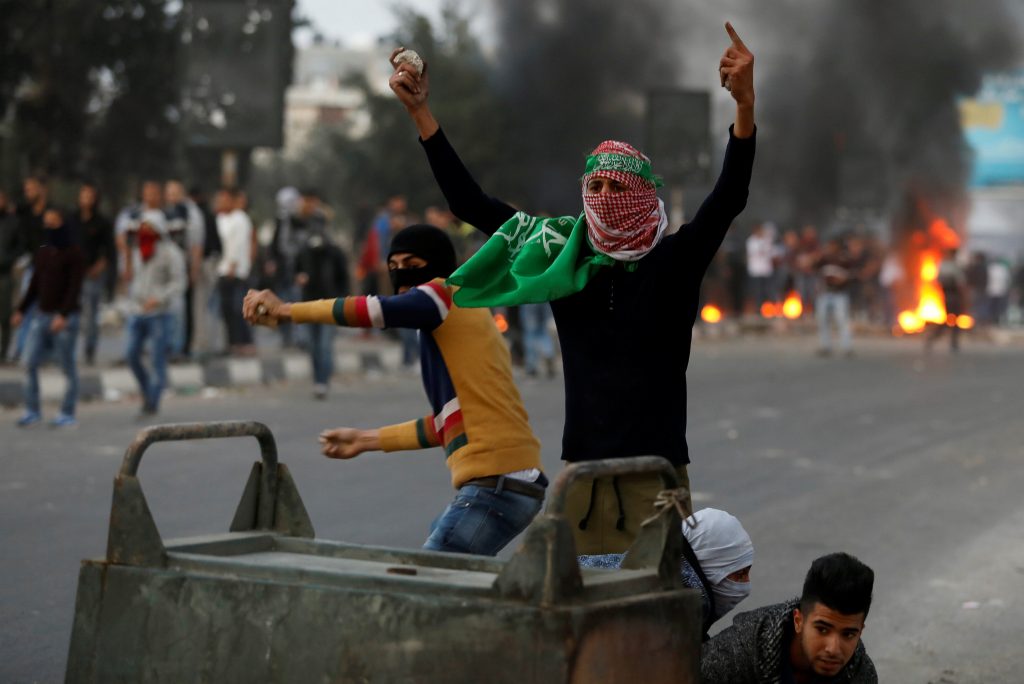 Palestinians rioted Friday in another “day of rage” to protest the U.S. recognition of Yerushalayim as Israel’s capital.

Thousands of Palestinian protesters, many of them throwing rocks, confronted Israeli security forces along the Gaza border fence, throughout Yehudah and Shomron and in eastern Yerushalayim.

In Bethlehem smoke from burning tires billowed in the street.

Israeli gunfire killed two Palestinians in a confrontation in the southern Gaza Strip, a spokesman for the Palestinian Health Ministry said, putting the number of wounded at 40, half of them shot with live ammunition and the rest with rubber bullets. Others were overcome by tear gas.

In a statement, the Israeli military said some 2,000 Palestinians had faced off against the troops at the Gaza border fence. It said the crowd threw stones and rolled burning tires at soldiers, who responded with “riot dispersal” measures and “fired live rounds selectively towards main instigators.”

Protesters chanted, “Trump is a coward. Trump is a fool.”

Palestinian health officials said that in Yehudah and Shomron, at least one Palestinian suffered a live bullet wound and some 30 were hit by rubber bullets. The military, putting the number of demonstrators at about 1,700 and the injured at six, said troops faced firebombs, rocks and burning tires.

Protests have been held daily since Trump’s announcement on Yerushalayim.

Friday’s deaths in Gaza raised to 10 the number of Palestinians killed by Israeli gunfire since Dec. 6, Palestinian health officials said. Dozens of protesters have been wounded.

Gaza terrorists have also fired rockets into Israel, and two gunmen were killed in an Israeli airstrike after one such attack.