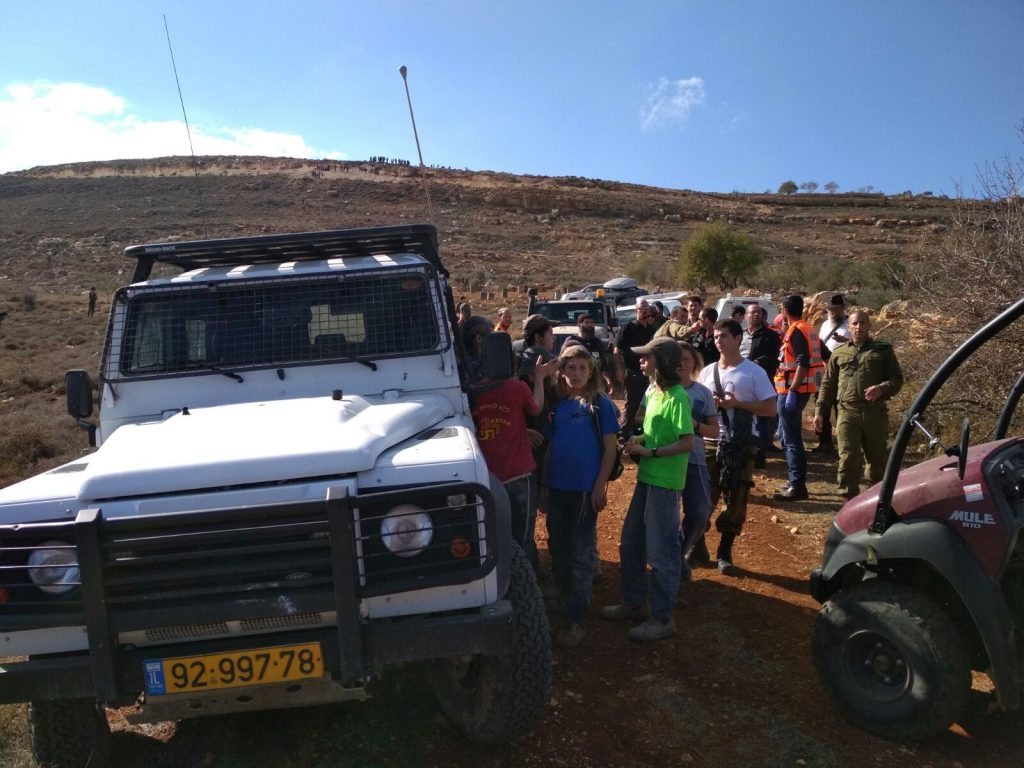 Police said that they have completed their investigation of an incident that occurred several weeks ago near the Binyamin region town of Migdalim, in which an Israeli opened fire on rioters, with one dying of his injuries – and have determined that the shooting was done in self-defense, as the shooter was trying to fend off rioters who were attempting to lynch a group of Jewish boys.

The November incident occurred near the town of Migdalim, outside Shechem, about a kilometer away from the Arab village of Kusra. A group of nearly two dozen bar mitzvah age children on a hike were savagely attacked by dozens of Arab rioters. The Jewish children were forced to run, and ended up taking shelter inside a cave. The Israeli group was attacked by a large gang of Arab rioters, who threw stones and bricks at the children. Witnesses said that three of the children were injured. The children eventually made their way to a cave in order to escape the attack, where they were held prisoner by the rioters.

During the rioting, a security guard who was accompanying the group shot in the air in order to ward off the rioters. A 48-year-old Arab was hit by the bullets, later dying of his wounds. Arabs were able to reach another security guard, pummeling him with rocks and stealing his weapon. The group called for police and army assistance, and the latter arrived after several minutes and broke up the riot. The children were eventually evacuated from the area on an IDF bus. Arabs tried to claim that the rioter who was shot was an innocent farmer who just happened to be in the area, but the investigation concluded that this was not the case –  the rioter was involved in threatening to kill the Jewish children – and that the shooter – who was the father of one of the boys – had acted in self-defense.

About a week after the incident, IDF soldiers, Shin Bet agents and Israel Police officers in a joint operation arrested 20 individuals who were involved in the attempted lynch. The detainees were arrested on charges of attempted murder, incitement, rioting and terror charges. Police said they had “solid cases” against five of the rioters, who will be charged with attempted murder.