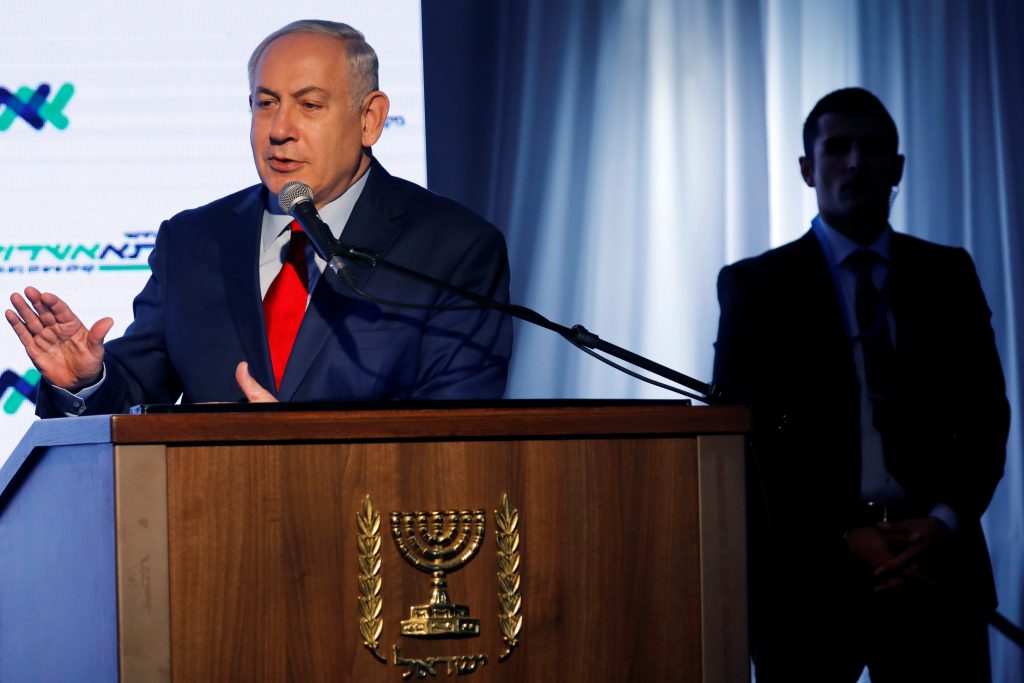 Prime Minister Binyamin Netanyahu described the United Nations as a “house of lies” ahead of a vote on Thursday on a draft U.N. resolution calling on the United States to withdraw its recognition of Yerushalayim as Israel’s capital.

“The State of Israel totally rejects this vote, even before [the resolution’s] approval,” Netanyahu said in public remarks at the opening of the Assuta hospital in Ashdod. “Yerushalayim is our capital and we will continue to build there, and foreign embassies, led by the United States, will move to Yerushalayim. It will happen.”

The 193-member U.N. General Assembly will hold a rare emergency special session on Thursday at the request of Arab and Muslim countries to vote on the draft resolution, which the United States vetoed on Monday in the 15-member U.N. Security Council.

Generating outrage from Palestinians and the Arab and Muslim world, President Donald Trump reversed decades of U.S. policy on Dec. 6 when he recognized Yerushalayim as Israel’s capital.

President Trump threatened on Wednesday to cut off financial aid to countries that vote in favor of the U.N. draft resolution, and his ambassador to the world body, Nikki Haley, said the United States “will be taking names.”

Netanyahu, in his speech, thanked Trump and Haley for “their brave and uncompromising stance.” He repeated his prediction that other countries would eventually follow Washington’s lead in pledging to move their embassies from Tel Aviv to Yerushalayim.

“The attitude towards Israel of many countries, on all continents, outside the walls of the United Nations, is changing and will ultimately permeate into the U.N. – the house of lies,” he said.

Several senior diplomats said Haley’s warning was unlikely to change many votes in the General Assembly, where such direct, public threats are rare. Some diplomats brushed off the warning as more likely aimed at impressing U.S. voters.

Deputy Foreign Minister Tzipi Hotovely said that the U.S. and Israel were making “immense efforts” to block the resolution.

“We have a very, very simple message: Yerushalayim is the capital of the Jewish people for 3,000 years and the capital of Israel for almost 70 years,” she told Channel 10.

An Israeli Foreign Ministry official confirmed that the government was making a “very vast” lobbying campaign to minimize the resolution’s impact.

He said Israel is trying to persuade allies to abstain or even vote against it. He also said that Israel has asked Jewish organizations in certain countries to lobby their governments on Israel’s behalf.

The official, speaking on condition of anonymity because he was discussing sensitive diplomatic contacts, refused to identify which countries Israel has approached or say how he expects them to vote. But he said he thinks the campaign will be “successful to a certain extent.”