Israel Erdogan Says Expects Trump to Back Down
Israel 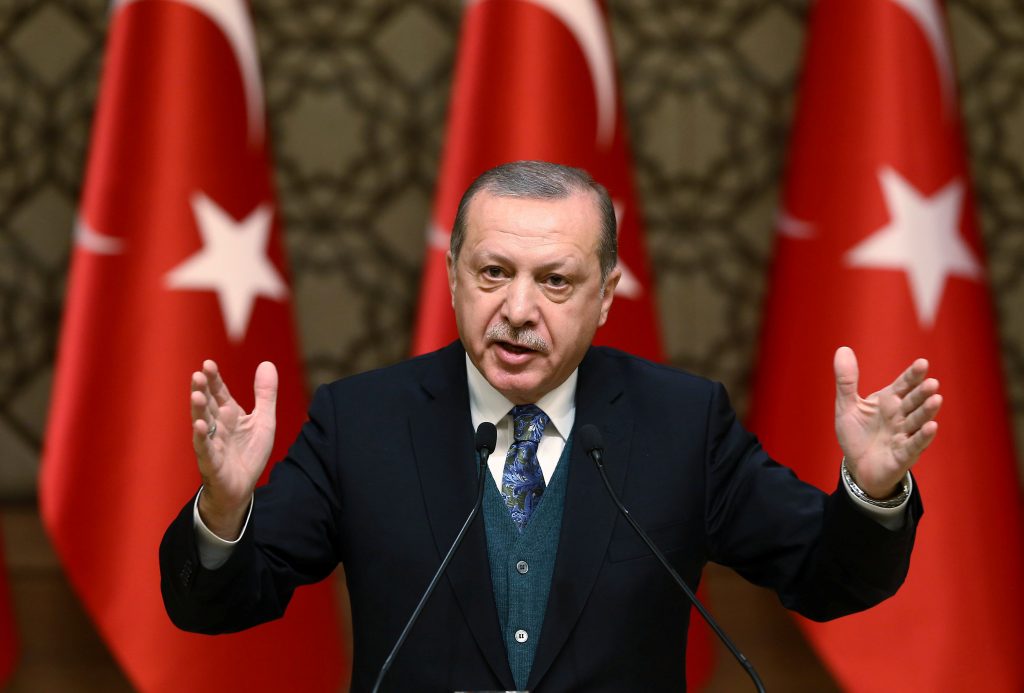 Reactions to the U.N. General Assembly vote continued to come in on Thursday.

In comments on Twitter, Erdogan said he welcomed the “overwhelming support” for the resolution in the United Nations General Assembly, where more than 100 countries voted in favor of calling for the U.S. to reverse its decision.

In a statement, Hamas spokesman Fawzi Barhoum called the resolution “a step in the right direction.”

Israel’s Deputy Minister for Diplomacy Michael Oren thought it was a step in a different direction:

“As the U.N. denies Israel’s bonds with Jerusalem, Israel must sever Jerusalem’s ties with the U.N.,” Oren was quoted by The Times of Israel as saying.

“We must evict the U.N. from the scenic Governor’s House [in southern Yerushalayim], where its bloated staff does nothing, and give this historic site to a school, a hospital or, best yet, a new U.S. embassy.”