Regional Corey Johnson Gets Backing Needed to Be Next Speaker
Regional 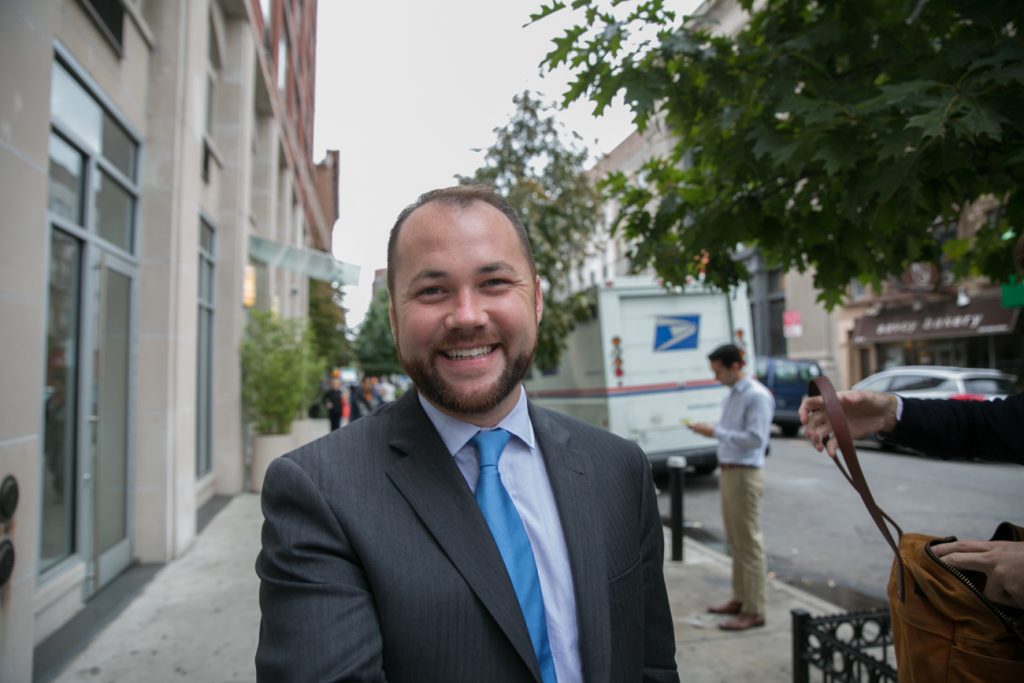 The next council Speaker is likely to be Corey Johnson, a Manhattan liberal who sewed up support Wednesday from enough council members to lead New York City’s lawmaking body the next four years.

In a sign that Johnson has pulled ahead in the eight-man race to the top, Mayor Bill de Blasio on Thursday tweeted his compliments.

“Congratulations to the next speaker of the @NYCCouncil, Corey Johnson,” posted de Blasio, a Democrat who begins his second and final term in two weeks. “He’s been a force for the people of his district and I know he will bring that same commitment, passion, and energy to the speakership. I look forward to working with him on a progressive agenda for NYC.”

Johnson, 35, is one of the more liberal members of a chamber already considered extremely progressive. He has a hostile record on yeshivos due to their opposition to immorality but has indicated in meetings in recent weeks that he will “be there” for the Orthodox community.

Councilman Chaim Deutsch, who supported Johnson from the onset, told Hamodia in a telephone interview Thursday that he talks to Johnson “ten times a day” and he understands the unique needs of the Orthodox community.

“Corey was always a straight shooter with me and he is a close ally to the Jewish community,” said Deutsch, a Midwood Democrat.

He said that Johnson had visited Israel several times and is unique among the progressive movement in that he supports the country because of its democratic government.

“Corey has stood alongside me many times as I advocated for issues important to the Jewish community,” Deutsch said in a statement to Hamodia shortly after the telephone conversation. “He has been a loyal friend, and I look forward to working with him for the next four years to fight for the Jewish community and for all New Yorkers.”

Josh Mehlman, chairman of the Flatbush Jewish Community Coalition, met with Johnson “many times,” he said, and is confident in the relationship.

“He demonstrated sensitivity to our values and is respectful of our unique needs,” Mehlman said. “Corey has given me his personal commitment that, as Speaker, he will represent the interests of all New Yorkers, and understands the important role that our community plays in this city.”

Johnson was handed support Wednesday by the county Democratic leaders in Queens and the Bronx, whose 31 votes — as well as those of the three Republicans in the chamber — are enough to give him the win. The result won’t be official until all 51 legislators vote in January.

The deal was in sharp contrast to four years ago, when a popular, newly elected de Blasio played a key role in picking Melissa Mark-Viverito as speaker. This time around, his preferred candidate — Mark Levine of the Upper West Side — conceded defeat in a tweet Wednesday.

And in a situation that some in the city’s press said called his leadership into question, the agreement was finalized when he was out of town, in Iowa.

Aside for Levine, three other councilmen dropped out of the leadership race in favor of Johnson.

“Nothing,” Cornegy, of Bedford Stuyvesant, tweeted Wednesday, “has happened between yesterday and today to change the dynamics in the speaker’s race. We continue to run our positive, vigorous campaign to make history.”

A person close to the speakership negotiations told Hamodia Thursday that Cornegy is a family man and, relative to New York City politics, a conservative. He is religious, has seven children and pro-business.

“Cornegy is an ohev Yisrael — without question,” the person said. “He is pro-Israel, has been there several times — he even once played professional basketball in Israel.”

But it appears that Johnson will be the next speaker, the person said, after Rep. Joe Crowley, the Democratic party chief of Queens, gave him his backing. But still, nothing is concrete until the last minute.