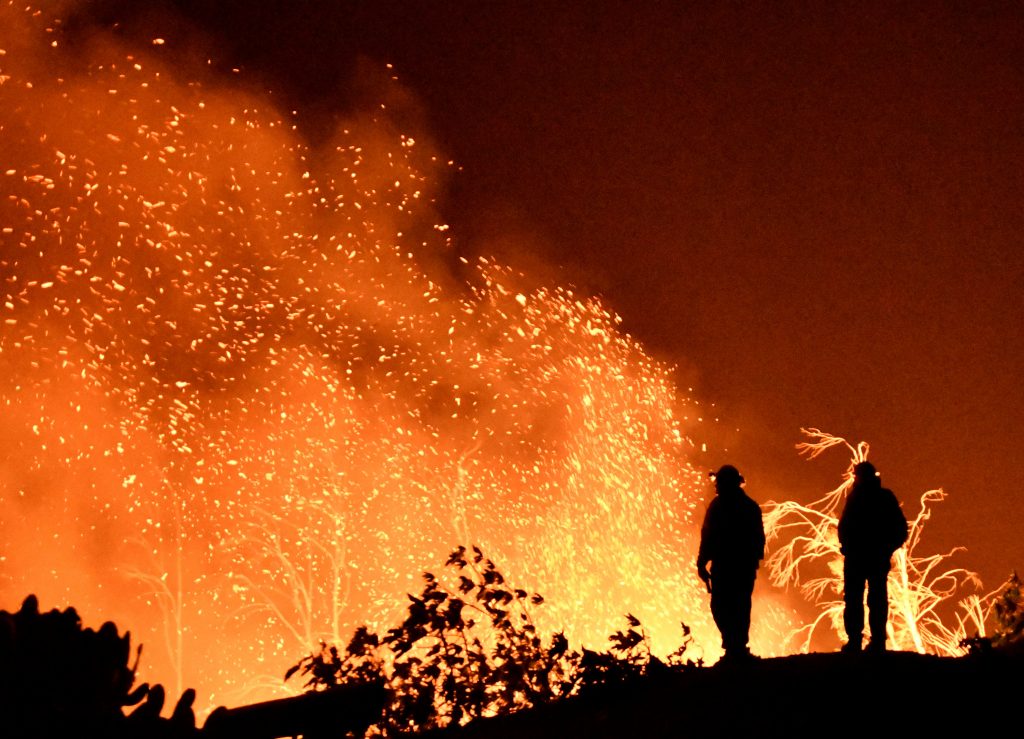 Firefighters doused hot spots Thursday as winds increased that could whip up embers and cause flare-ups at the gigantic wildfire still smoldering northwest of Los Angeles.

Crews were in place to once again provide structure protection above Montecito and other hillside communities in Santa Barbara County, where the last round of heavy gusts revived the flames and forced new evacuations last weekend.

“If there’s an ember that’s been there for a day or two that’s still glowing, that can be a real risk if the winds start blowing,” said fire information officer Brandon Vaccaro.

In neighboring Ventura County firefighters attacked a stubborn section of the blaze from the air because terrain near the agricultural city of Fillmore was too rugged to get ground crews in.

Some 18,000 homes and other buildings remained threatened.

The Thomas Fire, which began Dec. 4, is responsible for two deaths, has destroyed at least 750 homes, and has burned about 425 square miles.

The blaze was 60-percent contained and now the second-largest in California history. Officials said the new winds could cause it to grow into the state’s biggest fire ever.

Some residents watched from afar at hotels and evacuation centers, while others are waiting in their homes and hoping for the best.

Days and days of such fierce, often erratic gusts combined with extremely dry weather have pushed the blaze with virtually unprecedented speed, blackening more ground in weeks than other fires consumed in a month or more.

It would take an hour to drive from one end of the fire to the other by freeway, said Capt. David Zaniboni of the Santa Barbara County Fire Department.

“It’s burned through downtown Ventura, it burned through the foothills of Montecito … and it’s also burning in the back wilderness up in the mountains,” he said. “It’s done a little bit of everything. It’s massive.”