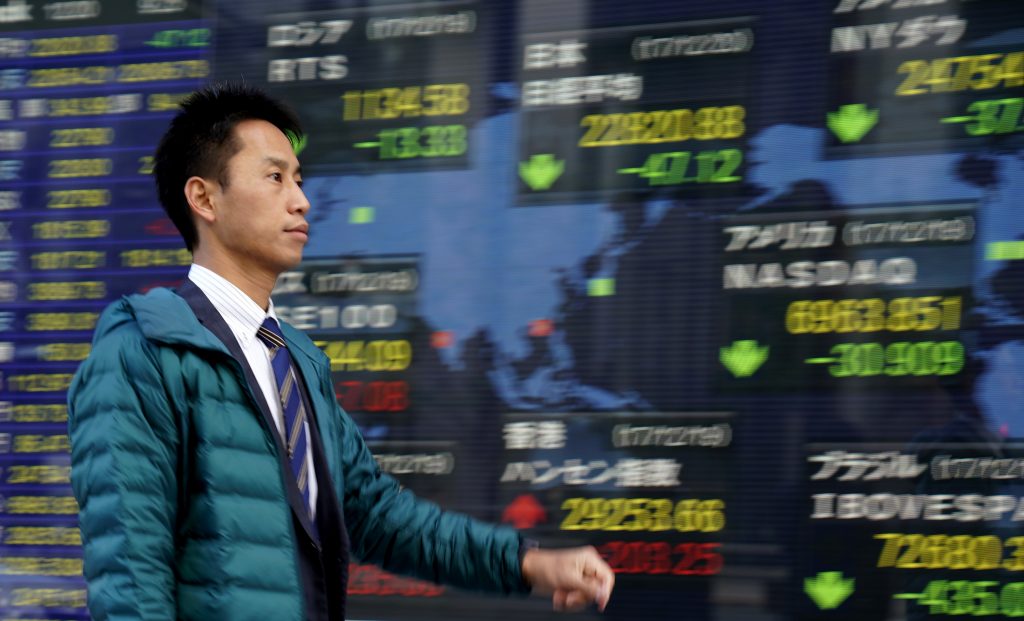 The Republican-led Senate approved the sweeping $1.5-trillion tax bill in the early hours of Wednesday. A re-vote by the House of Representatives was scheduled for later in the day, with approval expected, and the bill will then go to President Donald Trump to sign into law.

European stock markets nudged lower, with blue-chip indexes in Germany, France and Britain flat to a touch weaker on the day.

In Asia, MSCI’s broadest index of Asia-Pacific shares outside Japan bobbed lower in a choppy session, while Japan’s Nikkei index finished up 0.1 percent.

U.S. Treasury yields, which notched up their biggest one-day jump in almost three months on Tuesday as the tax bill moved towards passage, steadied at around 2.46 percent – holding near the previous day’s highs.

“Last week the reaction of bond markets was one of ambivalence about the likelihood of these measures getting passed,” said Michael Hewson, chief market analyst at CMC Markets in London.

“However, U.S. yields have jumped sharply higher in the last two days as the prospect of higher inflation and growth prompted some positioning adjustments in anticipation that the measures, if passed, could prompt conditions that might see rates have to rise faster than expected next year.”

Republicans, who control both lawmaking chambers, said their tax plan would boost consumer spending and business investments, while independent government estimates showed the proposed tax cuts would end up adding at least $1 trillion to the $20 trillion national debt in 10 years.

The euro got a lift from higher euro zone rates, gaining 0.5 percent on Tuesday, when central bank governors of Estonia, Slovakia and Germany all discussed the need to shift the debate from bond purchases to other tools such as interest rates.

“That’s re-igniting the debate about ECB tightening, so despite the outlook for the U.S. tax bill passage, euro-dollar is strong right now,” said Masafumi Yamamoto, chief currency strategist for Mizuho Securities in Tokyo.

Against a basket of six rival currencies, the dollar was a touch lower on the day at 93.418.

Bitcoin was almost 4 percent lower on the Bitstamp exchange at $17,007, after earlier losing almost one-fifth of its value from a peak hit just three days ago.

Sweden’s crown briefly surged as much as 1 percent after the central bank kept rates unchanged but said it would re-invest coupons and cash from maturing bonds, including bringing forward some re-investments into 2018.