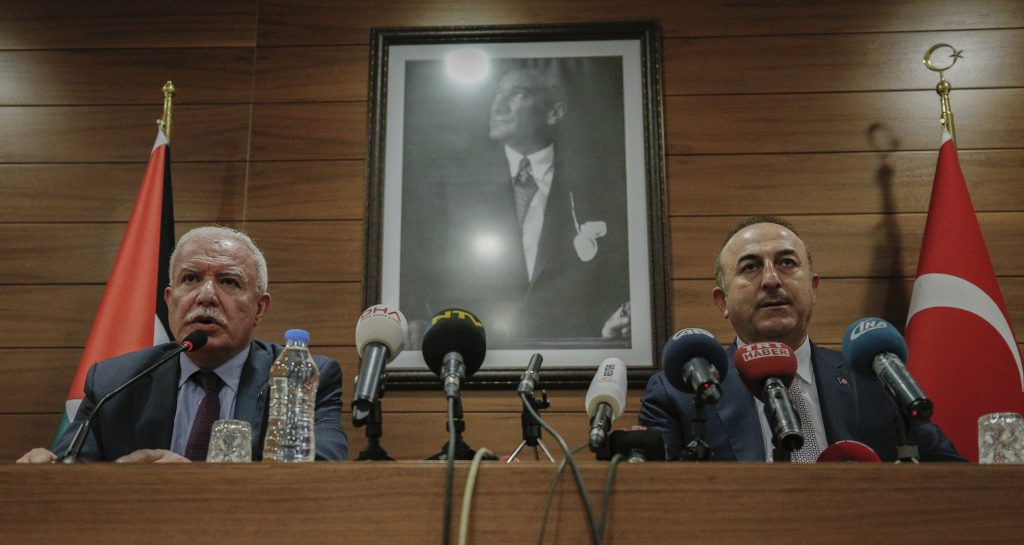 The Turkish and Palestinian foreign ministers are accusing the United States of intimidation after its ambassador to the United Nations warned countries that the U.S. “will be taking names” during a U.N. General Assembly vote.

The vote Thursday will be on a resolution rejecting President Donald Trump’s decision to recognize Yerushalayim as Israel’s capital.

Al-Maliki said: “Tomorrow we will see how many countries will opt to vote (with) their consciousness, they will vote for justice and they will vote in favor of that resolution.”

“No honorable state would bow to such pressure,” he added.

The two ministers are traveling to New York together to attend Thursday’s vote.