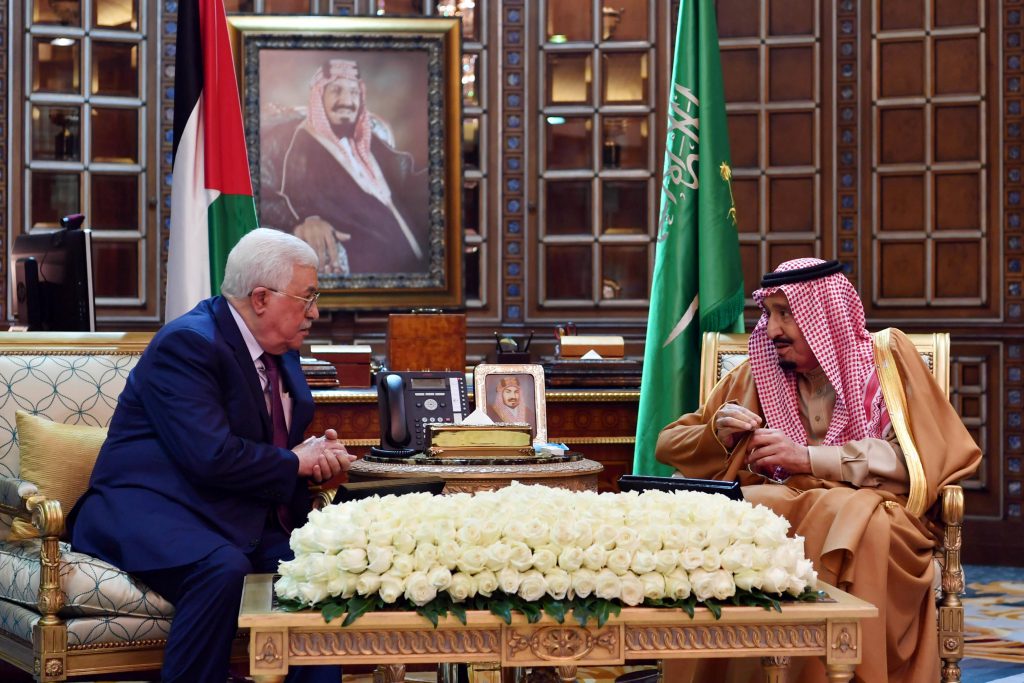 The king reassured the Palestinian leader that Saudi Arabia continues to support the right of Palestinians to an independent state with East Yerushalayim as its capital, SPA said.

The two leaders also discussed the latest developments in the Palestinian territories, it said. A dozen Saudi princes and officials also attended the meeting.

Saudi Arabia condemned U.S. President Donald Trump’s decision to recognize Yerushalayim as the capital of Israel and said any decision to move the U.S. Embassy to Yerushalayim before a permanent peace settlement is reached would inflame the feelings of Muslims, official media reported.

Former Saudi intelligence chief Prince Turki al-Faisal has dismissed reports of prior consultations made by Washington with Riyadh over the move.

“It is a very bad decision. The consequences will be more bloodshed, more conflict rather than peaceful resolution,” Prince Turki, a senior royal family member and a former ambassador to Washington, told Reuters in an interview on Tuesday in Riyadh.

But Saudi Arabia stopped short of calling for any Arab action against the decision. Palestinian officials say Riyadh has been working for weeks behind the scenes to press them to support a nascent U.S. peace plan.

“… If there has been prior consultation or anything like that, why would the King go through the process of telling him (Pres. Trump) this is a bad idea and make that known publicly?”

“I don’t think there ever was any discussion of this” before the decision was taken, he added.

Four Palestinian officials, who spoke on condition they not be named, said Saudi Crown Prince Mohammed bin Salman and Palestinian President Mahmoud Abbas have discussed in detail a major peace proposal that Pres. Trump and Jared Kushner, the president’s adviser, are expected to unveil in the first half of 2018. Arab officials say the plan is still in its early phases of development.

Prince Turki said he was unaware of details of any such plan.

Prince Turki is a son of King Faisal, who was assassinated in 1975. His brother, Saud al-Faisal, served as foreign minister for 40 years until 2015, and their branch of the family is seen as influential over Saudi foreign policy, even as Crown Prince Mohammed bin Salman has solidified his authority.