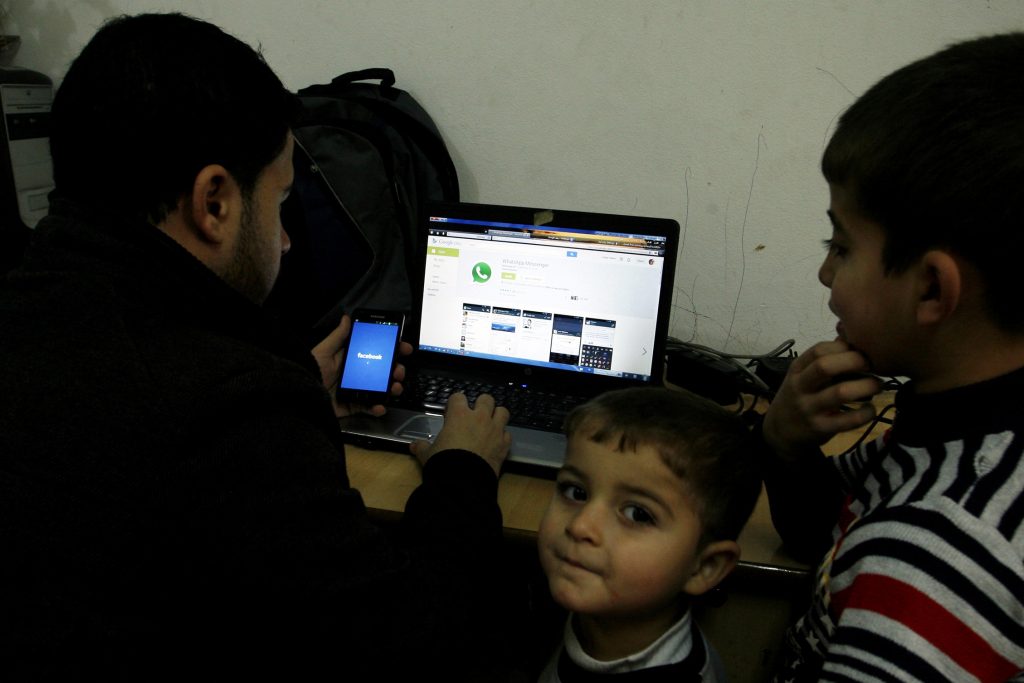 Hamas has ordered Gaza residents to stay away from Israeli posts, comments, sites and pages on social media sites, claiming that they are “corrupting” and that their purpose is to “trap” Gazans into admitting terror attacks. The order comes in the wake of the high popularity of Israeli social media posts among Gazans, and Arabs throughout the Middle East.

The sites are mostly operated by the IDF and the Foreign Ministry. One example of the latter, an Arabic language page on social media called “Israel Speaks Arabic,” has over a million and a half followers in Arab countries. The page publishes positive news about Israel, interviews with politicians and other personages. According to Hamas, however, simply following the page “ropes Gazans into the circle of the occupation.”

Other Israeli sites with Arabic messages include one operated by the Prime Minister’s Office, which is an Arabic translation of the Hebrew version of the page, as well as pages with messages from IDF Southern Commander Yoav Mordechai, the Office of Coordination with the PA (COGAT), the IDF Chief of Staff and many others. Hamas has warned against even reading these pages, claiming that they are “tools to recruit informants and traitors” to work for Israel against the interests of Hamas.

Speaking to Hadashot News, Yonatan Gonen, director of diplomatic digital services in the Foreign Ministry, said that “the repeated calls by Hamas to avoid Israeli sites and messages only show the power of social media in getting our message across. Obviously we are not trying to recruit agents, but just to show Israel in the proper and truthful light.”