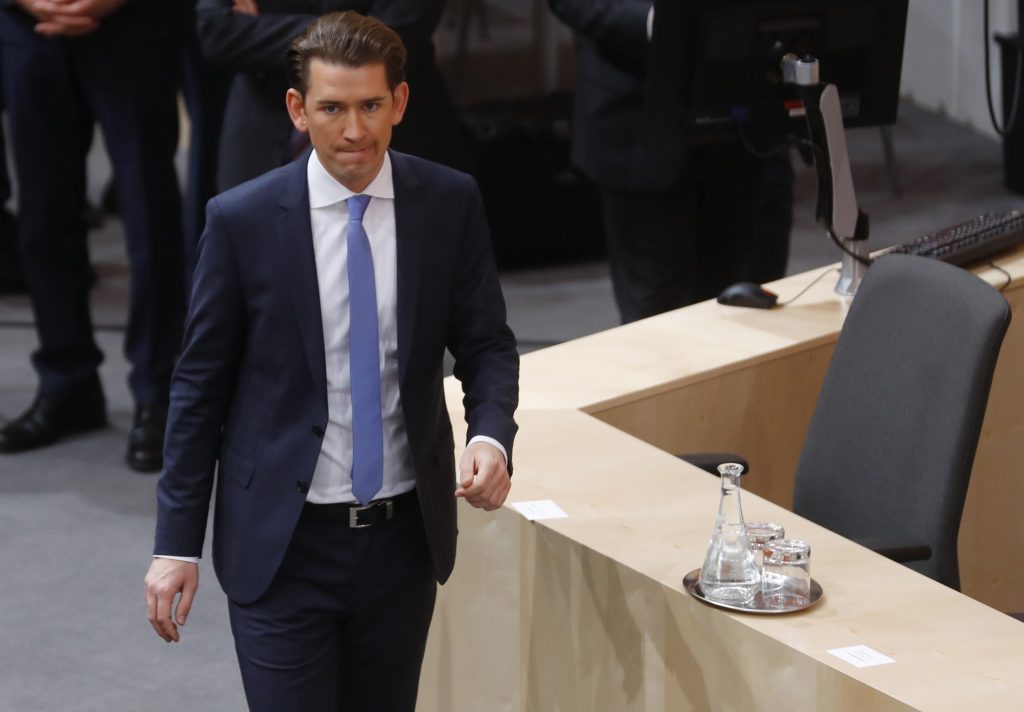 Austrian Chancellor Sebastian Kurz said on Wednesday his new coalition would focus on fighting anti-Semitism, after Israel made it clear it would not work directly with any ministers from the far-right party now back in government.

Kurz, a 31-year-old conservative, was sworn in with the rest of his government on Monday after reaching a coalition deal that handed control of much of Austria’s security apparatus to the anti-Islam Freedom Party (FPO). The FPO came third in October’s parliamentary election with 26 percent of the vote.

Israel reacted to the inauguration by saying it would do business only with the “operational echelons” of government departments headed by an FPO minister. The FPO now controls the foreign, interior and defense ministries, though Foreign Minister Karin Kneissl is not officially a member of the party.

“Anti-Semitism has no place in Austria or Europe. We will fight all forms of anti-Semitism with full determination, both those that still exist and those that have been newly imported,” Kurz said in a speech outlining the government’s goals to parliament. “That will be one of our government’s significant tasks.”

The FPO, which was founded by former Nazis in the 1950s, says it has left its anti-Semitic past behind it, though it has still had to expel members each year for anti-Semitic or neo-Nazi comments.

“Israel wishes to underline its total commitment to fighting anti-Semitism and commemorating the Holocaust,” the Israeli Foreign Ministry said in a short statement on Monday in response to the Austrian government’s swearing in.

The European Jewish Congress has called on the new government to take concrete steps against anti-Semitism while taking a generally more inclusive approach.

“The Freedom Party cannot use the Jewish community as a fig leaf and must show tolerance and acceptance towards all communities and minorities,” it said on Monday.

Austria, where Adolf Hitler was born, was annexed by Nazi Germany in March 1938. Next year will mark the 80th anniversary of that takeover as well as the 100th anniversary of the end of World War One, which led to the break-up of the Austro-Hungarian Empire. Kurz said the events of 1938 were “shameful and sad.”