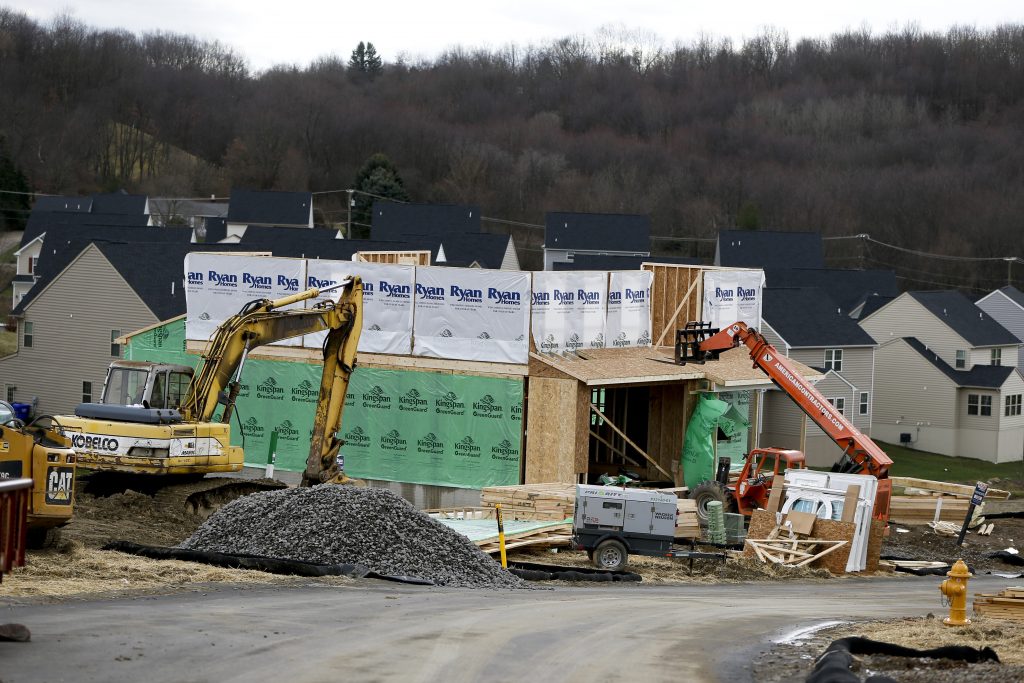 U.S. single-family homebuilding and permits surged to more than 10-year highs in November, in a hopeful sign for a housing market that has been hobbled by supply constraints.

The bullish report from the Commerce Department on Tuesday followed a survey on Monday that showed confidence among homebuilders soaring to near an 18-1/2-year high in December. That bolstered expectations builders will ramp up construction and help alleviate an acute shortage of homes that has driven prices higher and sidelined some first-time buyers.

“This is a positive sign as it shows builders continuing to shift focus to the pent-up demand in the single-family segment, which should benefit consumers as more inventory enters a tight market,” said Scott Volling, principal at PwC in Atlanta.

The Commerce Department said single-family homebuilding, which accounts for the largest share of the housing market, jumped 5.3 percent to a rate of 930,000 units. That was the highest level since September 2007.

Pointing to further gains, single-family home permits rose 1.4 percent to a pace of 862,000 units, a level not seen since August 2007. The jump in groundbreaking on single-family housing units indicated housing could contribute to gross domestic product in the fourth quarter.

It added to data on retail sales, the labor market and manufacturing in suggesting the economy was ending the year on a strong note. Investment in residential construction has declined for two straight quarters.

Builders have struggled to meet robust demand for housing, which is being fueled by a labor market near full employment. Land and skilled labor have been in short supply, while lumber price increases have accelerated.

Prices of U.S. Treasuries were trading lower. The dollar was largely flat against a basket of currencies.

Last month, single-family home construction in the densely-populated South shot up 8.4 percent to the highest level since July 2007, as disruptions from recent hurricanes continued to fade and communities in the region replaced houses damaged by flooding. Single-family permits in the South were the highest in more than 10 years.

Single-family starts in the West increased 11.4 percent to their highest level since July 2007. They were unchanged in the Northeast and fell 11.1 percent in the Midwest.

Overall housing starts increased 3.3 percent to a seasonally adjusted annual rate of 1.297 million units. That was the highest level since October 2016.

Overall building permits dropped 1.4 percent to a rate of 1.298 million units in November, pulled down by a 6.4 percent decline in permits for the construction of multi-family homes.

But a 6.1 percent drop in housing completions to a rate of 1.116 million units last month put a wrinkle on the otherwise upbeat report. Realtors estimate that the housing starts and completions rates need to be in a range of 1.5 million to 1.6 million units per month to plug the inventory gap.

“While the strengthening of single-family starts is encouraging, new construction remains subdued relative to the size of the population indicating room for further gains,” said Tendayi Kapfidze, chief economist at LendingTree in New York.