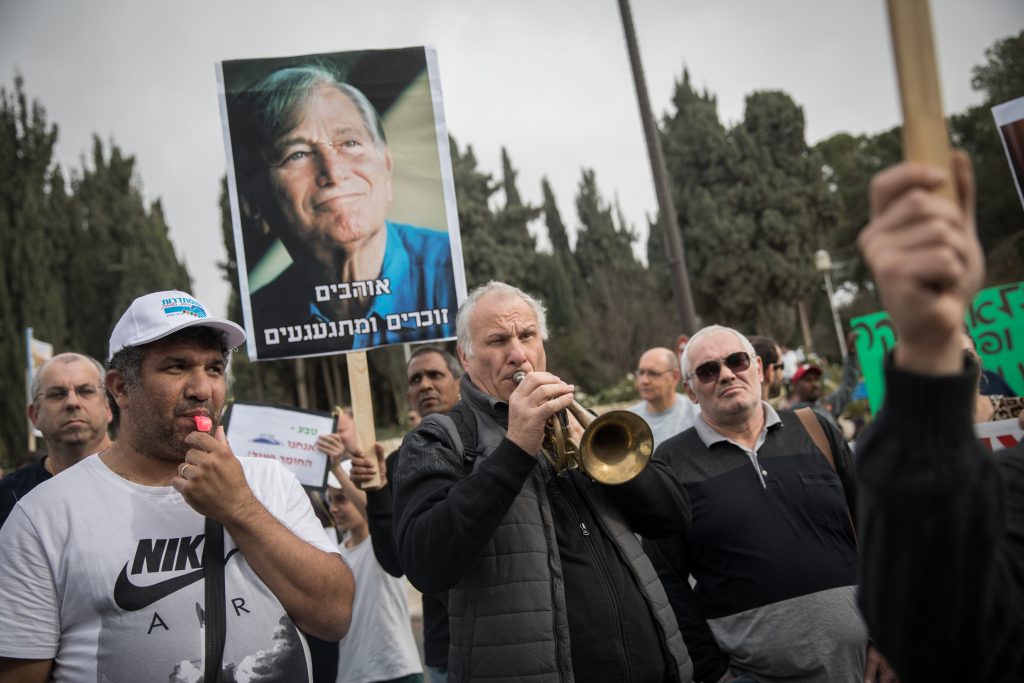 Worker protests against the planned firings at Teva entered a more desperate and possibly dangerous phase on Tuesday evening, after the Israeli government failed to budge the company from its course at a meeting earlier in the day.

In response to news of the meeting’s disappointing outcome, Teva employees threatened Tuesday to stop distributing medications for life-threatening and serious diseases, including cancer and jaundice, according to Ynet.

Enraged workers again burned tires outside the Yerushalayim factory, and at a Teva inhaler plant workers handcuffed themselves to the entrance gate.

The protesters said they intended to stay overnight inside the drug company warehouses to prevent the vital drugs from being removed.

Itzik Ben Simon, a union leader, compared the layoffs to “a terror attack in Yerushalayim. We will continue to assemble at the factory entrance and we will expand to other intersections around the country. There will be no production.”

“We are one. We request forgiveness from the sick that the pills sit here and cannot leave, but the responsibility falls on the management of Teva,” he said.

“This is our plan to cope with the situation which we are in. Any attempt by you to change the plan could cause the company serious damage and cause more layoffs and the closure of more factories,” Schultz warned as he doubled down on his proposal.