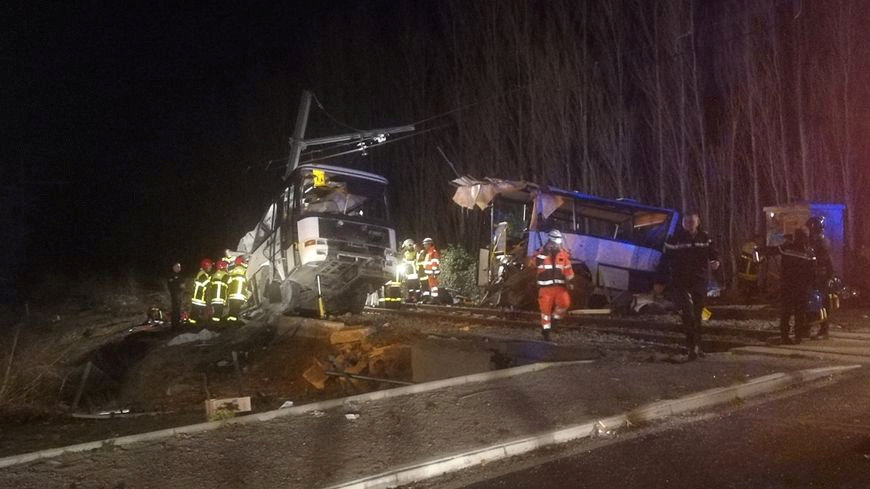 The driver of a school bus that collided with a regional train in southern France last week has been put in custody for questioning by officers investigating the dramatic accident that left six people dead, including five children.

Local prosecutor Xavier Tarabeux also told a news conference Tuesday that investigators haven’t yet determined the exact causes of the accident that took place at a crossing between a railway and a road in the village of Millas, in the Pyrenees-Orientales region.

The investigation is focusing on whether the crossing barriers were raised or lowered when the school bus crossed the railway.

The bus driver, a 46-year-old woman also injured in the crash, said they were raised. But Tarabeux said initial material findings and most of witness statements suggest they were lowered.