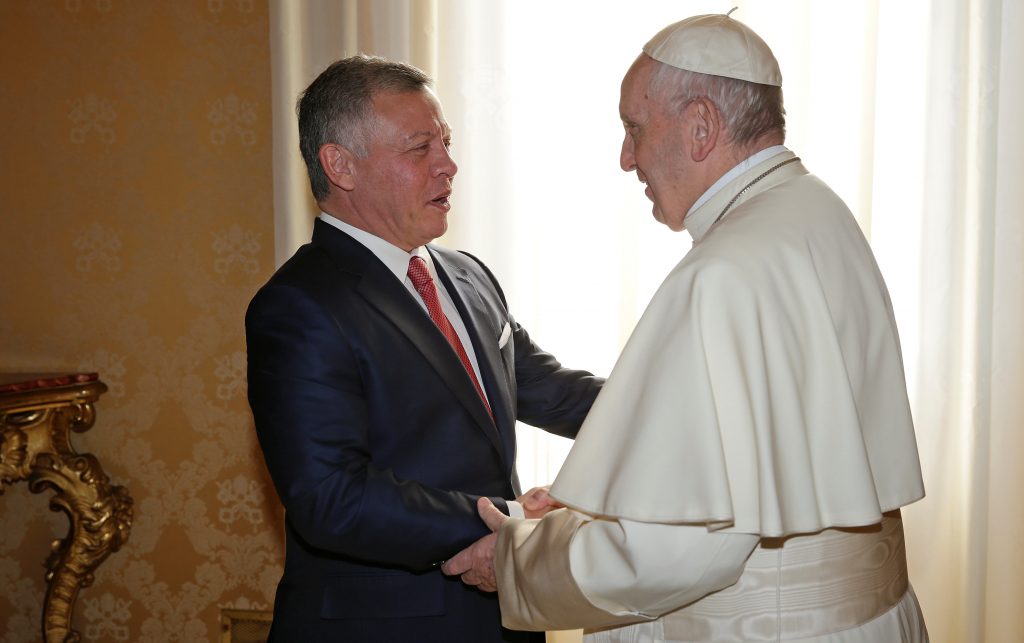 Pope Francis and Jordan’s King Abdullah on Tuesday discussed President Donald Trump’s decision to recognize Yerushalayim as Israel’s capital, a move that both say is dangerous to Middle East peace.

Abdullah and the pope spoke privately for about 20 minutes at the start of the king’s visit to the Vatican and France.

A Vatican statement said they discussed “the promotion of peace and stability in the Mideast, with particular reference to the question of Yerushalayim and the role of the Hashemite Sovereign as Custodian of the Holy Places.”

Among an outpouring of international criticism, Jordan also rejected the U.S. decision, calling it legally “null” because it consolidated Israel’s occupation of the eastern sector of the city.

Both the Vatican and Jordan back a two-state solution to the Palestinian-Israeli conflict, with them agreeing on the status of Yerushalayim as part of the peace process.

The statement said both sides wanted to encourage negotiations.