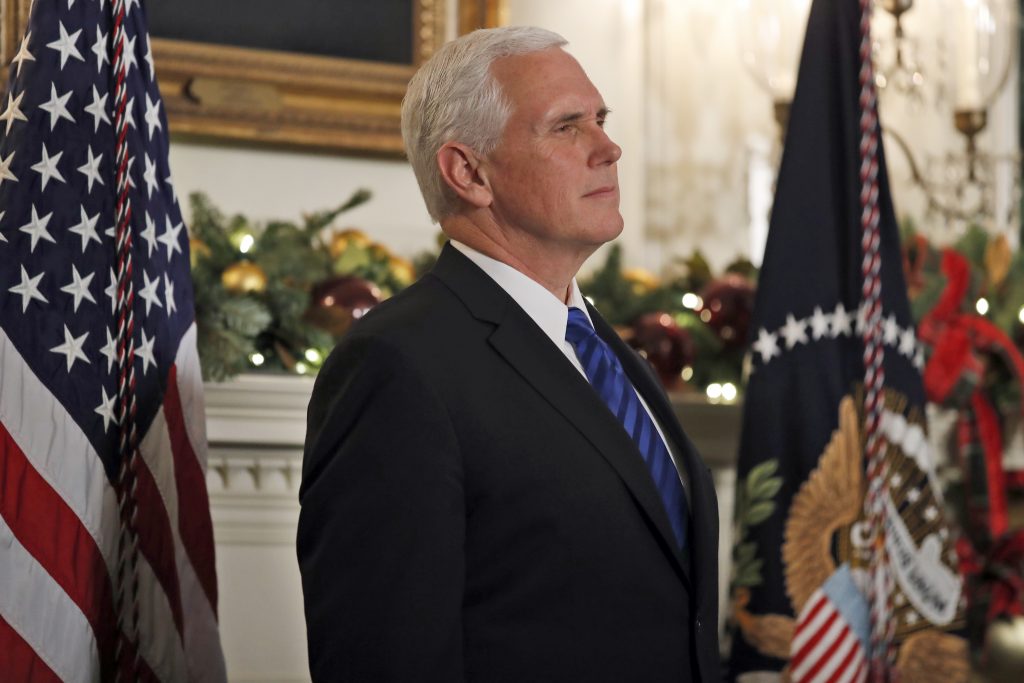 It now appears that Vice President Mike Pence will be permitted to hold a press conference at the upper plaza of the Kosel during his upcoming visit, despite a report on Monday which said he had been turned down from such use of the area completely.

Citing a “source,” The Jerusalem Post said that the previous report which maintained that Rav of the Kosel Rabbi Shmuel Rabinowitz had barred a Pence press conference at the holy site altogether was erroneous. The upper plaza does not have the sanctity of the lower one in the immediate vicinity of the Kosel, and so would be acceptable.

Besides the suitability of a media event at the Kosel, Rabbi Rabinowitz was said to be concerned that a vice presidential press conference there could exacerbate an already volatile situation.

Meanwhile, Israel unreadied itself for Pence’s arrival, originally scheduled for Wednesday, which was reset for mid-January to allow him to take part in passage of the Trump administration’s tax bill. As the presiding officer of the Senate, the vice president can cast a deciding vote in case of a tie, which could occur in a vote which is expected to be close.

Flags and security barriers were put away. A Foreign Ministry spokesman told The Times of Israel they “were being taken down and kept for the visit whenever it takes place.”

There was no estimate of the costs of the preparation.